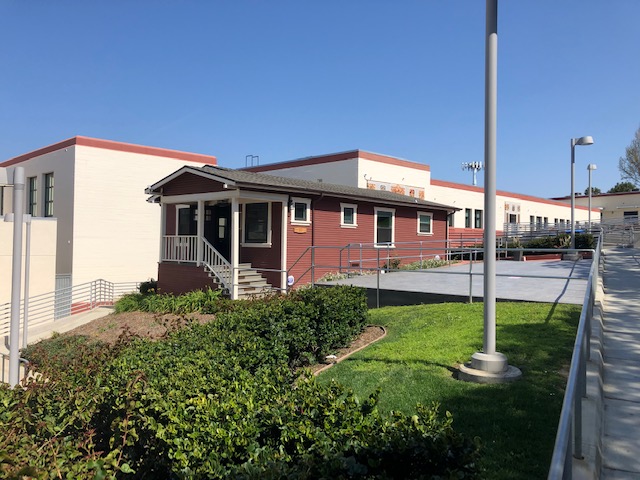 Editor’s Note: On March 26, 2019 I made a few corrections to dates throughout this post after the RUHS Archivist, Therese Martinez, offered some notes.

Now the piece should hopefully be even more accurate.

Sometimes work can take you to unexpectedly interesting places.

In my perpetual search for Gladeo interviewees (because internship hours), today I took my Mom’s advice and spent time with the Archivist at my alma mater, Redondo Union High School.

Apparently I’m just gravitating toward the school this weekend, be it for theatre or history.

About two years after I graduated in 2015, an old storage space for janitorial goods was converted into this fancy Alumni House.

The school has been around since ~1905, so there’s a whole lot of alum to keep track of.

Since this wasn’t a place when I attended high school, I never got to check any of it out.

Now that I did, I’m pretty upset that everything wasn’t so open and available back when I was working on the High Tide. Would’ve loved to peruse for a story or two!

Some of the archived pieces go way back to the 1920’s.

Like this mirror, a senior present for the school from the class of 1925: 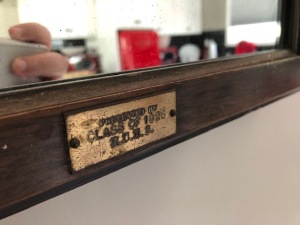 In that same vein, there were publications like yearbooks and newspapers from around the 20s, as the High Tide has been in business since 1920.

Old versions of the yearbook, called “The Pilot” (which had even earlier publications going back to 1915), were particularly cool because a lot of them had student signatures from all those years ago:

It’s pretty incredible to not just see pictures of folks long since entering the cradle of old age, but to see what and how they wrote to one another.

Gotta love an age where everyone wrote in clean, precise cursive.

And where nobody wrote “HAGS” because they weren’t enmeshed in a culture of shorthand acronyms and emoji that have cursed our modern, digital age into regressed diction.

… Sorry, did I say that out loud? My old man is showing.

A few other specific items on display were of note.

Like this class photo from 1921 — the oldest one we have available, apparently:

Or the old met version of our mascot, Sammy the Seahawk.

That is a terrifying mascot costume.

Though alongside the old costume, I also found out that the first time RUHS received the “sea hawk” as its mascot was in the banner of a High Tide issues from 1926.

A lot of the other things around the Alumni House were just as cool, but in the interest of not having a 3,000 word post I think it’s safe to share the rest in a neat little slideshow:

However, don’t think this is the last time you’ll hear from me about the Alumni House.

I’ve already started the gears turning to get a video interview with the RUHS Archivist for Gladeo, alongside a Career Profile on being an archivist.

So whenever that’s coming together, assuming I’ll be on set as a producer of sorts, you know I’ll be sharing bits and pieces of it.

The content of most photos here are courtesy of the RUHS Archives.