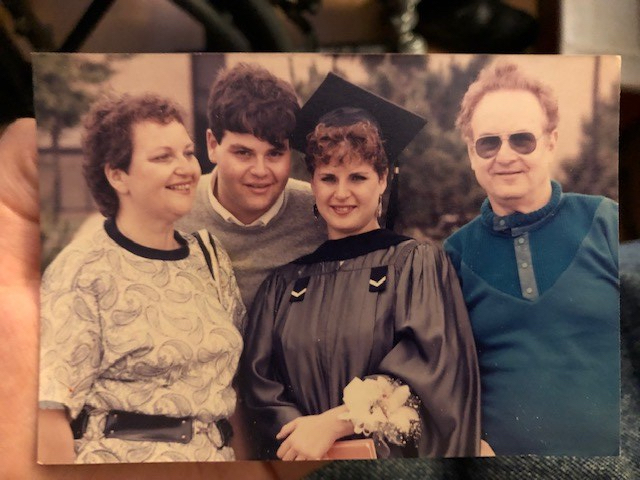 We started to go through some of the stuff my Grandma Rhea had in her room at the assisted living home today.

I know that’s a very morbid way to start one of these, so just trust me when I say I have a not quite as morbid reason for talking it over.

Yesterday I said I probably wouldn’t touch the subject for a while, so the fact that I feel good doing this should say something in itself.

None of us seemed to realize just how many old knickknacks and photos of different family members she had hidden away until we began looking through her bedside table drawers.

For instance, this beautiful little stand stood out to me. 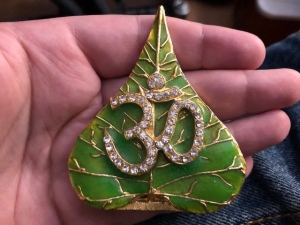 I’m not entirely sure where it is from or what the 30 is supposed to mean, but the ornate leaf pattern is just great.

We also came across a collection of business cards she apparently ordered for herself: 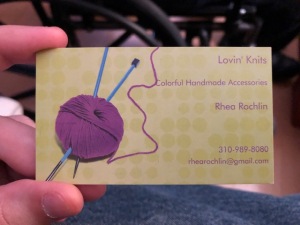 It was a genuine surprise to all of us that she had these hiding away, as none of us were ever given any of them.

However, it’s a testament to how much she cared about the little knitting business she was trying to start for herself in her twilight years that she went out of her way to get cards made. There were a few half-finished pieces hiding around the room as well.

I’m probably going to carry one of these cards around, or at least store it in my room somewhere.

But then of course we get to the fun stuff: The photos.

I would say the Featured Image I used is my favorite. From left to right, it’s my Grandma, Dad, Aunt Mindy and Grandpa together at Mindy’s graduation from Kingsborough Community College.

In a similar vein, there’s another photo of the three minus my Dad, this time featuring Rhea’s sister Toby who passed away a few months ago. 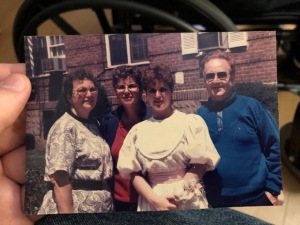 There were also a couple of grandkid pictures she kept, mostly school picture day kind of set-up shots for me, my sister and my two cousins.

Arguably the most interesting things we dug up, however, were these: 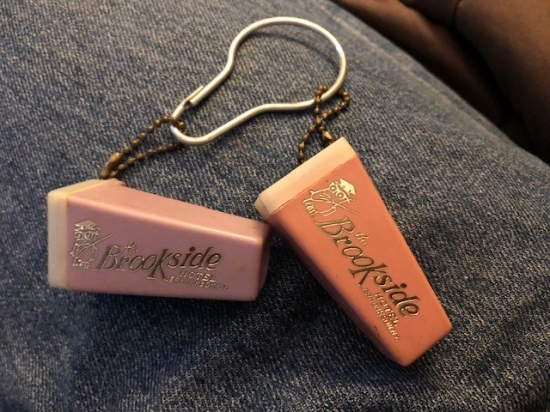 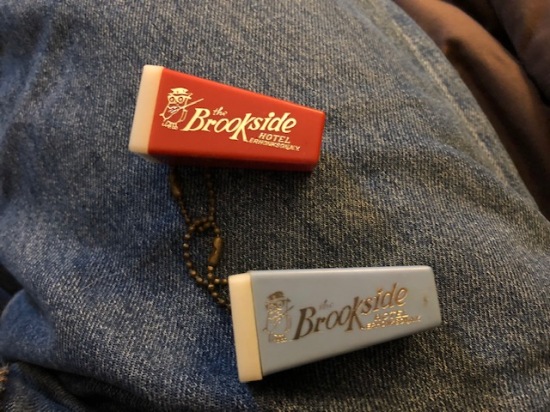 From the Brookside Hotel in Kerhonkson, New York.

I can’t confess to knowing what these are called, and if you know I would really appreciate some insight. Though in general they kind of remind me of ViewMasters.

On the other side of the larger, capped end are tiny little photos. That cap is slightly translucent and you can hold it up to the light while looking through the smaller end as though it were a small kaleidoscope.

Time has been kind to these, as in 2019 we have magical pocket-sized devices with small, yet fantastic cameras that I figured could easily simulate looking inside.

So I have the photos within to show you in as similar to an authentic means as possible.

First there’s this photo of my grandparents together when they were younger. 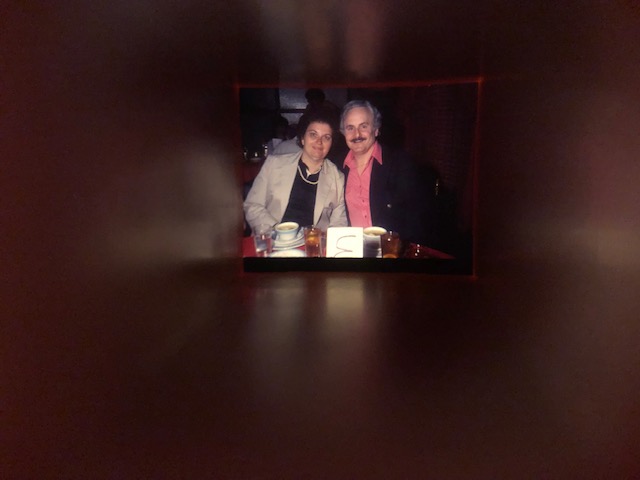 Then there’s this photo of my Dad with his parents later: 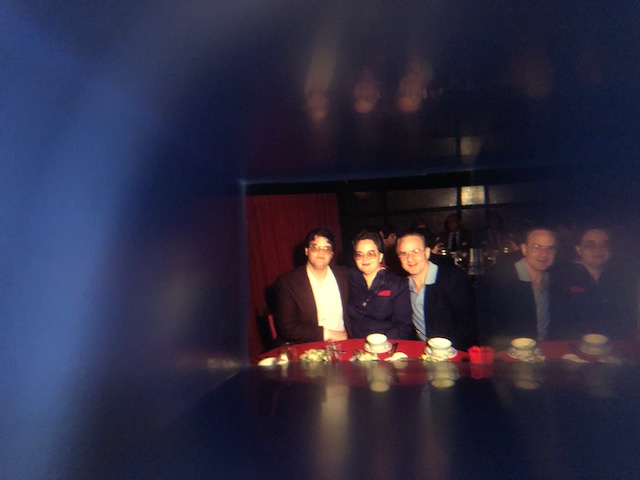 Knowing that Grandma has all of these hiding away actually made me feel a whole lot better about this entire unexpected, difficult ordeal. It’s a good reminder of just how much she cared about us that she held onto all of this for… Well who knows how many years.

The feeling is bittersweet, but more positive than upsetting overall.

It helped that my Aunt Mindy and Cousin Erica were down here today along with us.

Because if nothing else, them being here meant we also had dogs.

With these puppos, it’s hard to really be upset.