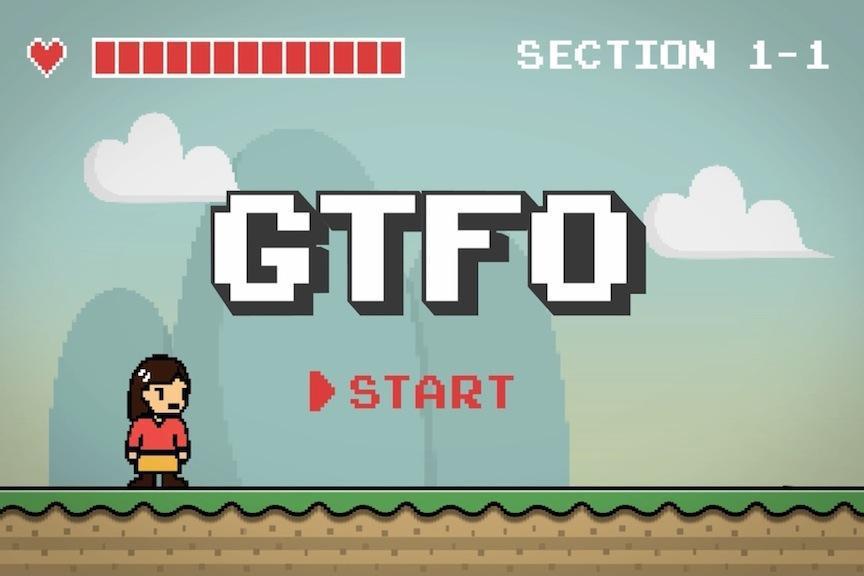 My Gaming in American Culture class has taken me all over the proverbial map when it comes to consuming all different kinds of media.

From tabletop games like Dungeons and Dragons or Barbie to re-reading books like Ender’s Game or Ready Player One with new lenses. From watching terrible video game-based movies like Tom Hanks’ Mazes and Monsters to documentaries like Second Skin that touch on the psychological effects of an increasingly isolated digital culture.

For my upcoming class, I had to watch a kickstarted documentary from 2015 called GTFO.

But this time I was not alone. GTFO is all about the treatment of females in the video game industry — both in production and play. That particular subject matter drew interest from other members of the Rochlin household: 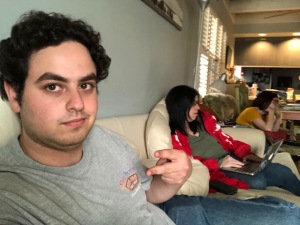 I’m assuming they would have otherwise rolled their eyes at the prospect of a documentary about video games (or at least Aly would), so it’s nice that we all had a subject to collectively appreciate.

… Well, it’s not nice that we had to appreciate the examination of sexual harassment/discrimination/misogyny/insert-buzzword-here in any industry.

That’s about what you can expect here, if you’re interested in the subject.

Subjects ranged from women being pressured in professional eSports, the distinct lack of females in game production (only occupying about 10 percent of the industry), the day-to-day harassment in the voice chats of games like Call of Duty, and more large-scale harassment public scandals like Gamergate.

Though Gamergate was a smaller subject, as the major example of harassment highlighted was Aris Bakhtanians’ treatment of Miranda Pakozdi on a livestream marketing campaign for Street Fighter x Tekken in 2012.

I wasn’t privy to that particular story prior to the documentary, but luckily journalists like Jason Schreier have always done their jobs well.

It’s crazy stuff, but not that crazy. Which is an unfortunate takeaway of the documentary to me.

When interviewees shared and even read out examples of terrible rape- and death-threat filled messages they’d received while gaming, my mom and sister seemed pretty shocked.

And yeah, there was some pretty graphic and intense shit read out.

Yet I’ve been gaming for a long time and saw the proliferated multiplayer days of Halo 3 and Call of Duty: Modern Warfare 2 on the Xbox 360 — before I refused to fix my broken console to spite my friends for some ultimately forgotten comment that annoyed me.

I’ve seen that kind of stuff happen, and I have a lot of female friends who play video games that have similar stories to tell.

So I can’t say I was surprised by anything in the documentary.

Which is unfortunate in itself, but the reality of the situation.

However, it’s not a reality that everyone knows about as multiple subjects remarked. The fact that such a well-composed and thorough documentary exists is great in that regard.

I’d definitely recommend watching it for that reason: More awareness is never a bad thing — even if it might put you back $5 for the day.

Especially given some interesting ideas fielded, such as hoping that encouraging more women to get involved at all levels would cause the toxicity to recess. It’s much harder to attack a woman if there are eight in the voice chat than if there’s only one or two.

But that’s enough of me sucking the oxygen out of the room.

I watched a documentary about treatment of women with a couple women, so it only seems right to let them have the last words.

I’ve always been aware of misogyny and how it is used in the video game industry. However, I was not prepared for how deeply pervasive it really was portrayed in this documentary. It think a lot of the problem stems from the anonymity allowed, and like my husband says, “on the internet, no one knows you are a dog…”

Yayyy I finally get one of these! I walked into watching this thinking I’d be bored out of my mind, but it was actually super well done and intriguing for me. I never really considered myself a gamer, mostly because I can’t just sit down and spend hours finishing a game (Jason can attest to that), but the treatment that women in gaming go through is everywhere in society, and it’s kinda scary to see. 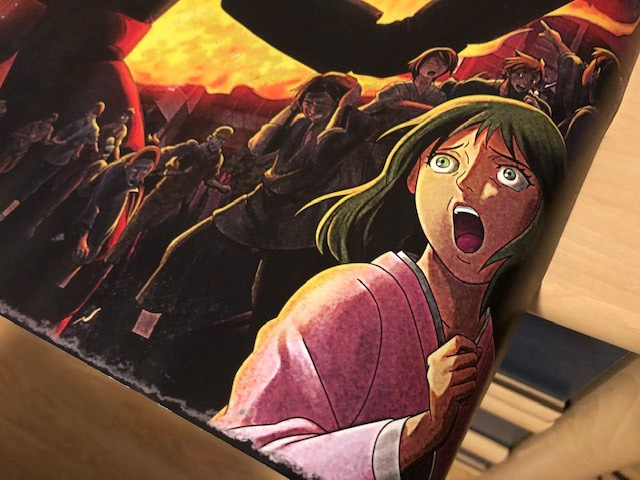 It’ll be worth it. I promise.

After an interview fell through this afternoon, in order to not be a complete bum for the day I decided to finally put my full energy into another New Year tradition that I’ve been half-assing for a little while now:

I’ve done an entire post about the subject in the past, and to be honest the overall appearance of the room hasn’t changed much since then.

It will sometime soon when I finally get this new computer together and put in a proper spot, but for now you can get the gist of things from that other post. All the decor is mostly the same.

Arguably the most notable thing I had originally wanted to talk about with this post was how nice it feels to finally clear off a usually cluttered surface.

Because just look at this: 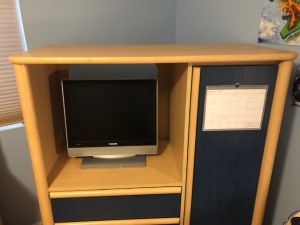 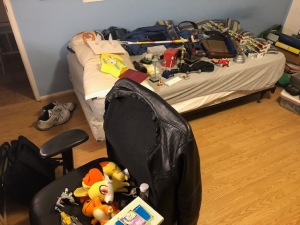 Though I’ll admit it’s also satisfying to remind myself how much I usually put up without it looking too busy.

However, if you’re keen on picking up context clues with blog post headlines, featured images and past tense language in text, you know that I wound up finding something completely different to talk about.

Something much more whacky and interesting.

Hidden away behind my bookshelf in an unopened plastic casing was this astounding poster:

You may be wondering why I decided to just put up a picture of the woman’s face instead of the full image for my Featured Image, and to be fair it’s 99 percent just to be funny clickbait.

But it’s also because that was genuinely my reaction when I first unraveled this thing.

Now you can’t just dig up something this bizarre and not try to do a little bit of research into it.

As the corner of the poster suggests, this was a promotional poster for “Naruto Ultimate Ninja Storm Revolution,” a 2014 game released on the most notable last gen consoles besides the Wii U.

I never played the game, and in fact I don’t think I’d even heard of it until right now.

So where the hell did this poster come from?

Well, according to this Reddit post I found from way back in the day, it was a promotional item given out at GameStop for pre-ordering Ultimate Ninja Storm Revolution.

But after a while, employees just started to give them away with anything. I must have picked it up alongside some totally different game and forgot about it.

I shared this rare finding with my friends and together we did a bit more fun elaboration into it. For instance, my friend Nina (who lives in Japan and is studying to be a translator) gave us a bit of insight into exactly what it says: 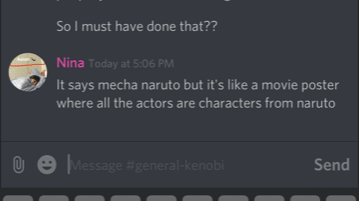 Knowing this is basically like a cheesy B-movie poster is kind of fascinating, honestly.

Then my friend Jonathan went out to YouTube and found us some footage of Mecha Naruto in action.

Probably the most beautiful nightmare fuel I’ve seen in a long time.

Just look at his ultimate jutsu. I’m dumbfounded staring at such a glorious spectacle and frankly want to go thank anyone who was involved in the executive decision to include it in the game.

I’m absolutely putting this up on my wall tonight. Probably right up next to my Mega Diancie poster.

Gotta fit that call to action in here somewhere, so let me know what kind of weird stuff you’ve found while cleaning up around the house! This is probably one of the more strange things I’ve ever dug up, so I’d be curious to know if any of you have some similarly unexpected items hiding away.