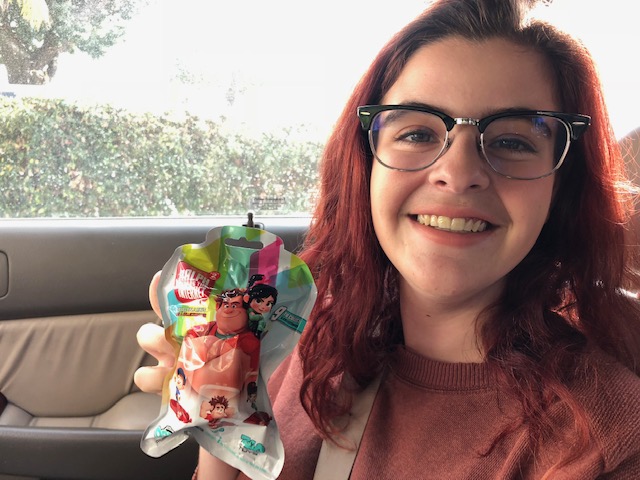 After a lovely family lunch at Mama D’s with my grandparents to celebrate my Grandpa Joe’s belated birthday, Alyson made me take her over to Target.

She didn’t need anything. She just wanted to wander aimlessly and kill time.

To be fair I do that sort of thing with my friends constantly, to the point where we covertly call ourselves the ‘Loiter Bois,’ so I couldn’t argue. In fact I was pretty into the idea. Especially considering Pokémon Let’s Go Eevee & Pikachu just came out and I was interested in seeing it on shelves as I start to prepare my holiday wish list.

But then something happened. Idly wandering the video game and toy aisles making fun of things turned into more when she found this rip-off Lego Pokémon toy of one of my favorites:

Isn’t Mimikyu just the cutest? Who needs Pikachu when you’ve got one of them, huh?

On the one hand, I don’t know why I let her convinced me to buy this thing. I just started cleaning my room up for the Thanksgiving Break, and having another little figurine to take up space seems counterintuitive. Plus, when I say this thing was a Lego rip-off, I mean it is like a real cheap Lego rip-off.

Just look at how weirdly confusing and unintuitive these instructions are.

Somehow it manages to take a Lego figurine made out of ~20 pieces and not distinctly separate out which pieces are what for big chunks of the instructions. It took some time to figure out which parts went where.

But at the very least I suppose these Mega Construx are similar to Lego in that they have just random extra pieces for no reason. 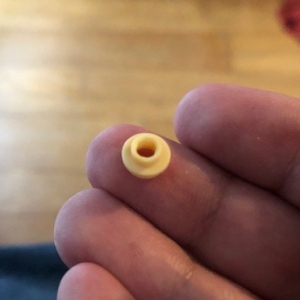 Where do you go, random circle piece? I don’t see you anywhere in the instructions.

Granted I did just complain that the instructions were unintuitive so maybe I’m just missing something… But oh well.

On the other hand, despite those points, I really can’t complain about the purchase. It was maybe six dollars for a pseudo-figurine of one of my favorite Pokémon and it came with a Premiere Ball, which is also probably my favorite kind of Poké Ball.

Its creepy long neck might just haunt me in my dreams, but I’ll happily suffer that fate for Mimikyu.

However, I didn’t just buy this fake Lego. I was pretty close to putting it down and not buying anything because it just didn’t seem worth it to get one item. Especially if that one item was a dumb toy like this.

So my sister made up for it by buying another toy while we were there:

Yeah that’s right, I know you’ve seen these kinds of dumb collectible packs for every popular culture property in existence.

Well we got one to open up for ourselves just for the hell of it. Even though the movie isn’t out yet as of my writing this, so who knows if it’ll be worth supporting fringe toy-based ventures for it.

All I know is it definitely became worth it when we decided to do this jokey, vague toy opening YouTube channel parody just to put here on the old blog.

See? Even though I make fun of her a bunch on here, she’s still more than happy to make herself look stupid alongside me when the time comes.

I guess this is the part where I would tell you all to like, comment and subscribe to my channel like every cliché in the book tells me I should? But honestly I just use that thing as a dumping place for videos that I want to throw up on my blog, as WordPress has kind of terrible compression when videos and such are concerned.

But that’s going way into the weeds for no reason. I just wanted to share the fun, silly thing my sister and I did today.