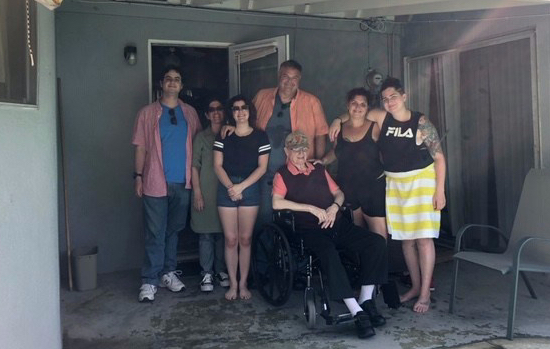 Another year, another celebration.

Today we brought the current peak of the Rochlin’s patriarchal totem pole up to my Aunt’s house in West Hills to ring in Father’s Day with some barbecue and time out by the pool.

Let me tell you, there are few things more magical than having some ribs, taking a dip in the pool and swimming alongside a big, beautiful doggo as Grandpa Joe looks on with a smile.

He really seemed to have a good time. Which is great given how hard it can be to tell how the man is feeling sometime.

It’s hard to feel bad when you’re surrounded by family and dogs out by the pool.

Once we brought Grandpa back home I was able to snag this lovely picture of the three generations of Rochlin men together: 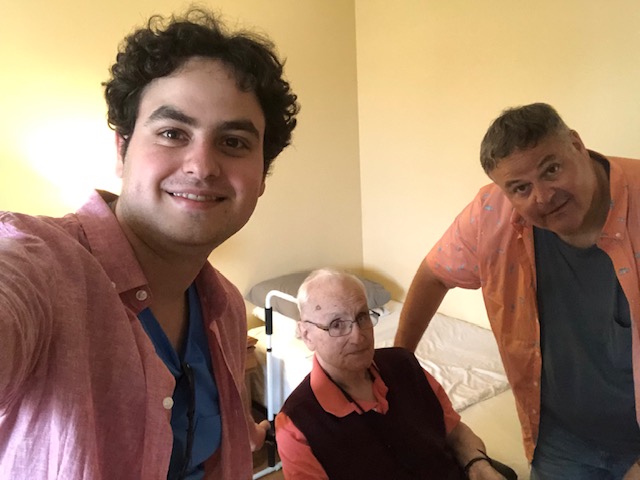 It took a bit of work to get Grandpa looking at the camera, but I’d say it was worth it. With this being our first Father’s Day after Grandma Rhea’s passing I’ve been thinking about how important it is to chronicle our time with the old man while we still can.

Hence my writing about silly things like our trips to the movies.

But of course Father’s Day isn’t only about my father’s father. Grandpa is only thus because I have a father of my own, and Father’s Day is just as much his — even though a lot of our activities were out and about.

This morning my sister and I went out to get Dad coffee and gave him the one gift that isn’t finished until Wednesday.

He vaguely hints on the off-chance something is written about it later.

Then when we came back home, we spent a few hours making him some pasta and pink sauce:

It was delicious, and I’m not just saying that because I made it.

We got his seal of approval. Promise.

So that’s my Father’s Day in a nutshell. Hopefully you had a great one too, or at least made it a good day if you have a more complicated history in that department.

Once more, with feeling: Happy Father’s Day Dad and Grandpa!