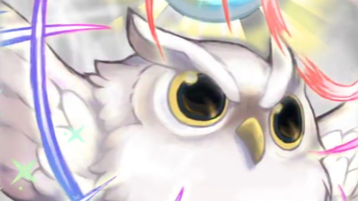 “God is dead. God remains dead. And we have killed him… There has never been a greater deed; and whosoever shall be born after us — for the sake of this deed he shall be part of a higher history than all history hitherto.”

Int. Syst. decided to bring us to the Beanbean Kingdom’s Joke’s End by introducing the ultimate end-all-be-all unit for Fiber Inglewood Heroes today.

Truly whomever bequeathed such a auspicious avian ally upon us mere mortals hath decided that we no longer need to play this dumb mobile game anymore.

Once everyone summons this non-simian, sort-of slithering sociopath with the beyond generous chance of 0% (as the Associated Press now allows percent in symbolic form), there will no longer be any need to play.

All quests will be immediately completioneted.

Hero Catalogs will be more full than me when I am full of fine meals such as:

We will be free.

Free to pick out which fashion style we want our Bratz-tastic bird to bolster when bombarding enemy bases!

The end is nigh.

Kiss your wife and kids goodbye, it is time to ascend into the aether of purgatory.

God is dead. We have killed him.

I’m assuming the pre-conceived notion that I enjoy writing about Fire Emblem Heroes might make people double take at this weirdly set-up post and have a nice chuckle.

However, at the bottom of this jokey joke I wanted to seriously address my recent absence from blogging.

Chalk that up to a combination of a party in Fullerton I went to Saturday that lasted until 4:00 a.m. Sunday, followed by most of that Sunday spent shopping with my parents while playing Shantae: Half-Genie Hero.

I’ve already blown through three campaigns in the span of a day or two, and if I were you I’d expect a review of sorts within the next couple days.

Hopefully I’ll be better with my writing in general this Spring Break. I have a bunch of extra time that I’ll mostly be using for homework, but I want to keep y’all in mind too.

All I have to do is figure out things to write.

So, if you have any ideas, let me know about them somewhere on the Internet!

In the meantime, I’m off to catch some Z’s. Because I didn’t expect to be up so late making this joke post.

I told myself I wasn’t going to do this.

“It’s too cliché,” I said. “Everyone will make fun of you for capitalizing on a wave of popularity.”

But you know what? This is my blog and I can do whatever I want.

Also, I couldn’t come up with anything substantial enough to be a feasible alternative.

So. Taking inspiration from my pressure cooker as well as Queen after the music copyright lecture in my Comm Law class (a follow-up to lectures I watched this weekend), I decided to go with it.

Let’s talk about how pressure led to me not knowing what to talk about.

Yesterday I wrote about the cool things I learned from Archivist Therese Martinez during a brief visit to the Redondo Union High School Alumni House.

Everything I talked about is great, and I genuinely learned a lot from Therese. But I write the vast majority in ~30 minutes while sitting in the Main Branch Public Library with less than 20 percent battery.

The ticking clock of my power situation, on top of knowing it’s a topic I will return to, led to silly things like stuffing information into a slideshow.

However, in spite of my reservations about the execution, Therese loved it. So much so that (after I made adjustments to inaccurate dates), she shared the piece with Admin.

Suddenly this interesting, somewhat half-assed look at historical goods in my alma mater made my dinky personal blog blow the hell up.

I don’t know about you, but when I have a burst of popularity it comes with baggage. Most notably the desire to follow-up with something significant and not disappoint those newcomers.

I’ve been stressing over what to write for a while now.

My first inclination was to write about my recent purchase of:

There’s a bit of a story behind that purchase.

Yesterday, WayForward announced that they are on the verge of releasing the fifth game in the Shantae series — a collection of games that have been around since the Game Boy.

I adore Shantae. In my Sophomore year I binged the first three games on my 3DS after finding the fourth on Kickstarter. Mostly while waiting for my history class with Dr. Paulo Simoes.

However I never got around to playing Half-Genie Hero when it came out because money.

So Shantae 5 was announced, and guess what I found out next:

I see your game, @WayForward. Making 1/2 Genie Hero be 25% off on the Nintendo Switch the same day as you announce Shantae 5 is a dangerously effective strategy.

It truly was a dangerously effective strategy.

That seemed like the perfect opportunity to write something about my adoration of video games.

Well… It would have been. If I had any time to play the game beyond the title screen. But I haven’t, and probably won’t until Spring Break.

Hold that thought. I’ll probably have a review of the game sometime soon.

With that struck down, it was onto idea #2: Honors Project stuff.

For those of you who don’t know, I’m writing a fantasy genre subversion novel for my big Senior Project — the equivalent of a thesis for the University Honors Program.

One of my favorite pieces of side-content for the project has been my world map.

You know the kind. Those continent overviews you see at the beginning of Tolkien books.

I wrote a whole long post all about my adventure in mapmaking this semester, so you can read that to catch up.

The important thing is that I’ve continued to make adjustments to my novel’s continent Drocux in the weeks since. Namely adding names to every location, but also adding details like rivers and roads for more realistic topography:

HexTML continues to serve me well, and it has been fun writing out lore to explain outlandish names (such as the Xilbalar Canyon above being named after a prominent Elven activist).

But I’m still adding new ideas almost every day, and if I’m going to deep dive into my EXTENSIVE LORE, I would like to do so with the complete product.

Thus, two ideas have been struck down.

And I couldn’t come up with a decent third.

By the time I combed through possibilities, I was home and had my magical encounter with the InstaPot in my Featured Image.

The rest, as they say, was history.

Hopefully you newcomers don’t feel like this was a waste of time — or get too annoyed at my somewhat blatant attempt to throw a lot of my old posts at you. All I needed to add was something about my journalism awards to give the full flavor of Jason.

Speaking of, tomorrow I’ll probably have a more serious post about the next Society of Professional Journalists meeting.

Assuming I don’t change my mind, I’ll look forward to possibly seeing you there.