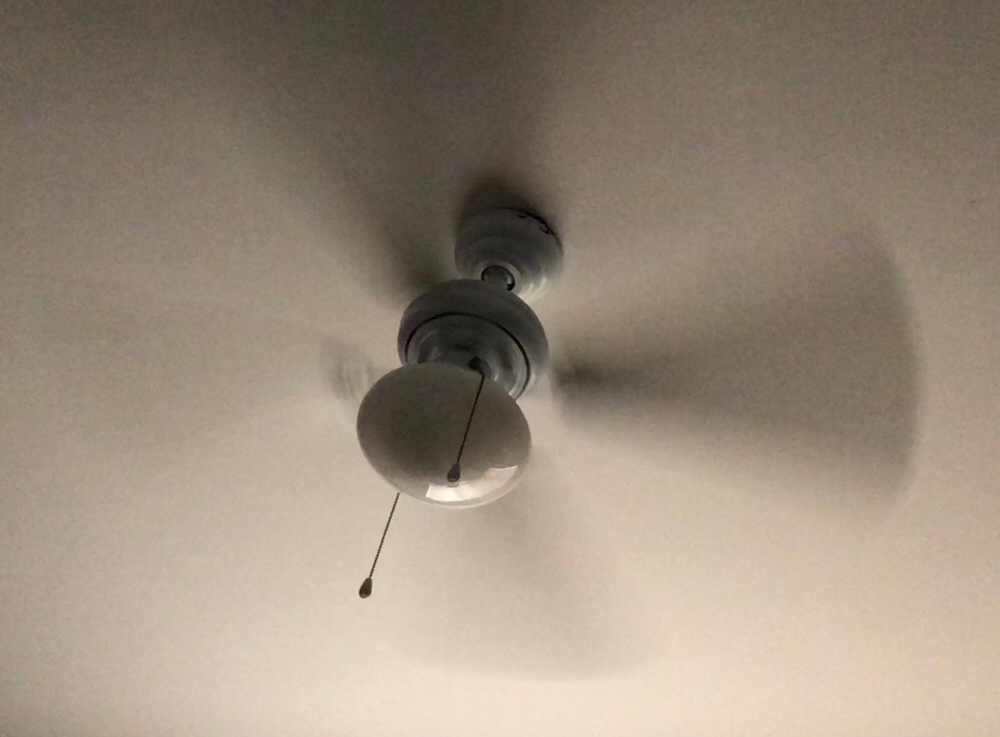 If yesterday was a day of relative progress and hard work, through going to the gym, updating my social media accounts and turning in a Spotlight article for Gladeo, today is… Well, the opposite.

Because it is way too hot out for anyone to seriously be motivated about doing anything.

The reason my Featured Image for the day is just a picture of my fan going is because that’s what I’ve been staring at 90 percent of the time since coming home today. We don’t have any kind of air conditioning here by the beach because the heat is normally counterbalanced by a cool sea breeze, but this summer things have been especially insufferable. So downstairs, hidden in the alcove of my room with the fan going is probably the coolest area in this place.

Despite the heat I have been keeping myself busy and entertained with a few things where I can.

Probably the most notable thing involved obsessing over the Super Smash Bros. Ultimate Direct that went on this morning.

It was 1000 percent insane and basically hyped everyone for the game even more than ever.

Plus, let’s not forget Luigi dying in the Simon Belmont reveal trailer. Which the entire internet freaked the hell out about, leading to the green-capped plumber trending on Twitter. Yeah no joke.

There was so much more than that to suggest that Smash Ultimate really will be an insane, content-packed explosion of Nintendo pride from Sakurai and his team.

So much so that I considered doing a post solely on that… But I wasn’t exactly feeling the 30-minute video analysis. Today.

Just know it’s something I’ll be thinking about for a long time to come, and I’d say you should be too.

In other somewhat significant video game-related news, last night Intelligent Systems released the contents of our next special banner in Fire Emblem Heroes. So I spent some time pre-writing my post on that before starting to work on this post.

I know a lot of you probably don’t care, but I’m quite excited for these four dancers. So be ready for that on August 10th.

Those are really the two serious stand-out things that happened today between bouts of melting into a pile of goo on my bed.

I did also play some more Enter the Gungeon, which I’m having a great time slowly but surely getting better at. I’m not able to semi-reliably reach the final floor and have started the process of collecting the game’s scattered parts to unlock the true ending. But I haven’t seen even half the content available in the roguelike.

Which is, frankly, insane to me. I love how much these games are packing, since they give me plenty to distract myself with until games like Monster Hunter Generations and Smash Ultimate drop on Switch.

Plus The World Ends with You, which got an official release date of October 12th. And I’m. Just so excited to finally get to try it.

But hey all those video games aside, I also managed to do some regular work on my Senior Honors Project.

Because somewhere along the lines all of the time I had to work on having a basic product over the summer slipped away into the aether. Don’t know how that happened, but it did.

I’ll be honest, I’m not totally sure how to end this blog post. I feel like I could just endlessly ramble in a pre-heat stroke mess of keystrokes, but I’d much rather just sit around in the dark accepting my fate.

So I’m going to end unceremoniously here and say to stay tuned for other things coming soon. Things that I’m sure I have in the pipeline somewhere or another.