What a wonderful time it is to start decompressing a bit and spend extra time with your family and friends.

Fair warning, this is a ranting vent post. So if you enjoy railing against people who do terrible things, you’ve come to the right place.

This is the first time in a number of years that Cal State Fullerton has remained open the Monday of Thanksgiving Break. Every other year I’ve been here, we’ve gotten the whole week off.

That’s annoying, but a lot of my friends have never had the luxury of a full week off, so it would feel a bit disingenuous to complain about that alone.

The annoying part comes from the fact that most teachers decided they would either cancel their classes or just offer online coursework today. Because they, too, would rather have the whole week off as it turns out.

My Evolution and Creation professor was very eager to just not have class today. However, my Learning and Memory professor decided to keep the train going.

Naturally his class is the one that offers so much compact material that I knew I’d have to come in for it at risk of falling dangerously behind. Otherwise I would have skipped out and joined my family in Burbank.

To be fair, I also have to come in tomorrow for a mandatory internship orientation, so I would have had school this week no matter what.

The part about today that really bugged me was the execution.

To set the scene: It’s a cloudy, dreary day in Orange County and campus is next to empty (hence my featured image of the often bustling Library). The universe seems to be in agreement that things aren’t right.

Every student who is here seems downtrodden, as if the gloom of coming in during Thanksgiving Break was folding into the gloomy grey skies.

When I get to my class on the sixth floor of the Humanities building, a typically 35-ish headcount of students has been reduced to about 12.

As the professor starts to take roll amid the sound of the 1:00 p.m. clock tower chime, he pauses after a string of missing names.

He says, and I quote: “What, is it a holiday or something?”

Then he offers a cheeky grin to the audience, as if the villainous character in a reality T.V. show’s confessional booth.

How much of a dick to you have to be to crack a joke about how you’ve forced your students to come in when they didn’t necessarily have to? It’s just a cruel, self-aware form of torture.

From there it was an average lecture. Lots of densely-packed information over an hour-and-a-half. It sucked to be there, but at least I felt somewhat justified by the breadth of material.

Plus, I incurred an extra benefit by getting back my research paper final draft considering I turned it in early. It was the paper from this earlier post actually.

I got an A on the final draft. Frankly that’s all that matters.

However… He was somehow even more frustrating by proxy.

On the rough draft, he said my paper was an “excellent start” before giving me a C. It was littered with red marks, to the point where I wondered how he could justify calling it excellent in any respect.

The final draft had this message adorning the front:

Seems like a great message to accompany an A grade, right?

Unfortunately the message feels very disingenuous when you see just how much the final draft is still littered with red ink.

I don’t get it, man. The mixed messages are real.

But hey, I never have to think about the paper again. So I can’t complain.

I just wish that my being required to come in wasn’t accompanied by such a frustrating series of events. It doesn’t help that cancelled plans made the drive out feel like more of a waste of time.

Hence why I’m sitting here in the Library writing this blog post and working on some homework to justify the time.

If nothing else I appreciate seeing campus as empty as it is during the daytime. It offers me the chance to hang out in places that I couldn’t normally.

Such as the seat by this statue’s butt near a Starbucks.

Could have never gotten that picture normally and I kind of love it?

So long as you ignore my 5 o’clock shadow and devil horns.

I really need a haircut soon. Perhaps I’ll try to do that over the break once it starts. 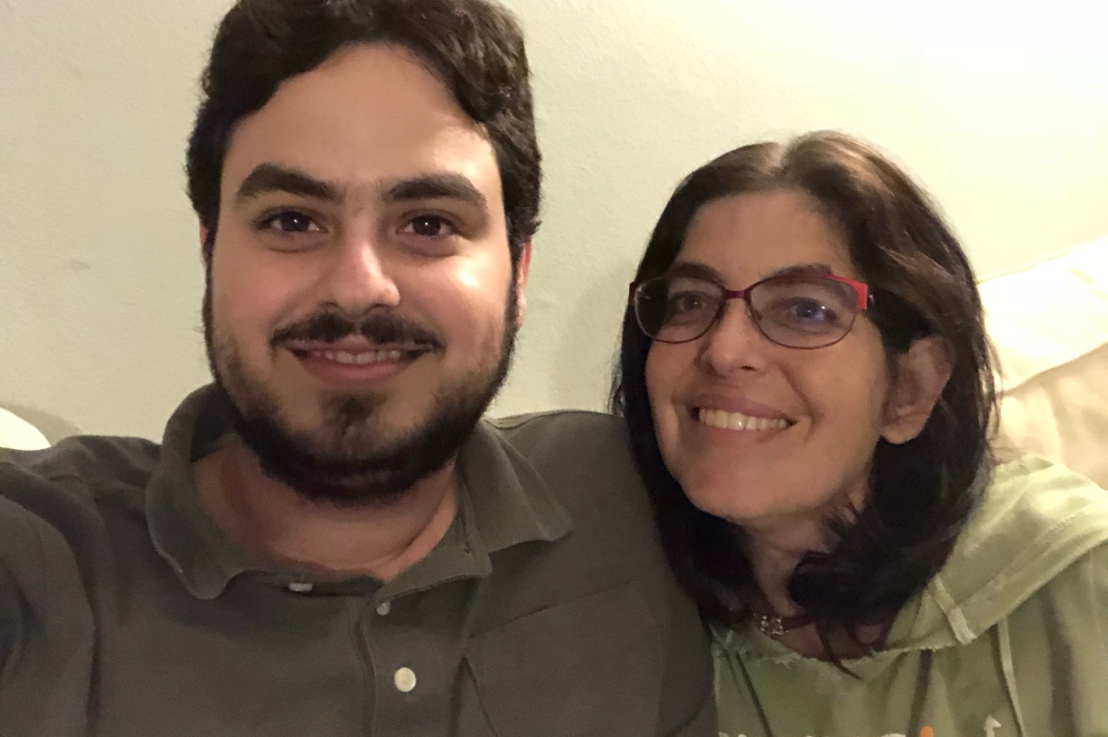 I don’t know how exactly I got roped into this, but Mom and I have spent a chunk of the day just streaming through the most recent season of America’s Got Talent on Hulu.

She said she’s watching it because there isn’t a whole heck of a lot else on. But also because sometimes you get to watch people pull Howie Mandel on stage and swing a katana at him. Or almost crush him doing motorcycle tricks.

For those of you who aren’t aware, AGT is essentially a reality television competition show in a similar vein as American Idol. Both of which star Simon Cowell as a judge in fact.

But while American Idol is entirely focused on singing (and playing instruments in later seasons), AGT hosts a variety of acts all competing to be the most talented of the Americans.

Sometimes it’s singing. Sometimes it’s dancing. Comedians do schticks. People do horror acts. Or, as I mentioned, sometimes people do things like blind themselves before swinging samurai swords around or complete motorcycle tricks.

My only serious underlying concern with the show is how weird the prospect of having to judge between so many different kinds of acts as if they’re on equal footing to decide what’s the best? Though they’ve been doing it for 13 years now or whatever so I guess I’m just not hip enough to it.

As far as I’m aware our family doesn’t watch this particular reality TV competition show very often. I believe the only time I’ve seen it on in our bourse before was when my grandmother was visiting from Florida. Even so, it has its own entertaining merits.

Whether it be a genuinely impressive performance from, say, a 13-year-old singer that makes you feel as though you’ve done nothing with your life, or it’s just an attempt to do something that winds up being hilarious in how awful it is, the show can be pretty fun to laugh at.

God knows the reality competition shows are far better than the bs reality shows like Jersey Shore. Or the Kardashians show.

I suppose if I’m being fair, we haven’t just spent all day vegging out watching competition shows. Even if that doesn’t sound like such a bad way to spend a day.

We also went out and hung out at a coffee shop for a while, catching up with one of her band parent friends.

But I couldn’t really think of a way to extrapolate on that for a semi-interesting blog post. So instead you’ve got like the most bare bones discussion of America’s Got Talent that anyone’s ever given.

Hope it’s something you enjoy.

Also I guess I should stick to whatever tradition I’ve started in my one post of this kind and let my Mom say some words. But I don’t think it’d serve the post well to pseudo-interview her like last time, so I’m just going to give her the floor.

Mom caveat: we don’t watch these shows often, and he’s right, usually only when my mom comes out to visit. But, what else to watch at the end of the summer when there is nothing else on yet.

I watch these shows and go, what have I done with my life. Then again, my mouth goes agape when shy kids who barely can answer the judges’ questions all of a sudden belt Janis Joplin.

Certainly, some acts make me wonder if they’re planted by the producers, but in a nutshell, one never knows what will come out on stage. Plus, added mom bonus – I get to spend time with Jason on the couch laughing. 🙂

P.S. — Back to Jason now. Who decided to let Tyra Banks be the Ryan Seacrest of this show?

Don’t get me wrong, I used to be a big fan of America’s Next Top Model, but it just feels so… Strange.

Wanted to put that out there. Don’t have anywhere else to go with the thought.