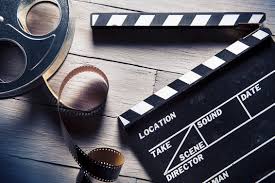 I know I basically did this exact same thing less than a week ago, so it probably seems like this is a cop-out.

But honestly just consider it a symptom of me spending the whole day cleaning the house. Don’t have too much to talk about outside of inhaling chemical fumes all afternoon, so I figure it’d be much more engaging if I talked about more content creators I’ve discovered on YouTube over the past few days that have helped make the cleaning more bearable.

That said, welcome to… That thing I just said!

But in more specific details this time around. I swear.

Though I initially saw her content adjacent to the Nostalgia Critic some years ago, I only just recently discovered Lindsay Ellis for her purely solo career here doing video essays.

Video essays which are wonderful and educational in all the best ways.

More than basically anyone I’ve seen before, she takes deep dives into the minutia of film studies, as well as the history and cultural influences behind media that she, primarily, seems to hate in one way or another.

Though not in a CinemaSins-style “let’s just tally up all the shitty things” kind of hate, more of an academic “here’s what works and what doesn’t” kind of hate. Which just so happens to mostly target pieces of popular culture that leave her drinking herself into more of a stupor the longer she talks about them in an unexplained but great little running gag.

Out of everything of hers I’ve seen thus far, my favorite pieces would have to be her discussion on how the live action Beauty and the Beast is terrible about remaking a classic (with additional shout outs to her other Disney-themed videos on why Hercules isn’t a huge blockbuster and why Moana was Pocahontas but better), a lengthy piece on why the Netflix Will Smith movie “Bright” was terrible, and two documentary-length multi-part series on why the Hobbit failed and how Michael Bay’s Transformers franchise can be read from a multitude of different film study disciplines.

There’s just a bunch of good stuff all around, and the sometimes dejected tone of dealing with film studio bs and expectedly horrible comment sections on videos are nice additions to really thought-provoking ideas.

Where Lindsay Ellis seems to approach much of her content with a clear underlying sense of love for the film industry as a whole, Pop Culture Detective takes a vastly more critical look at everything in cinema (as well as television and occasionally video games) that are problematic in relation to one subject:

As a fair warning, these videos hold no punches when it comes to eviscerating popular culture for instilling often toxic values often without intending to. If you love franchises like Star Wars or actors like Tom Cruise and Bruce Willis, it may sting some to watch these sorts of analyses.

Yet, that’s clearly the point. An effective one, at that.

It’s clear throughout multiple videos that the Pop Culture Detective loved many of the movies he discusses to death as a kid. But when he began to look at them in a new light, he was able to pick apart problematic patterns that we can all learn from even if we love the original content.

More often than not I find his content most effective when it delves into those patterns which have grown throughout the history of cinema. For example, his videos on abduction and stalking as abundantly-used tropes were eye-opening in that I frankly didn’t realize just how often they are used.

His more individually-focused pieces, like a video on the backwards logic of the Jedi Order in Star Wars, are also great.

Yet he also spends time talking about more positive representation of diverse forms of masculinity, like in a video about Fantastic Beasts and Where to Find Them.

In fact, no matter what’s being covered, this creator clearly spends an ample amount of time looking into the subjects for their faults and what kind of effect it has on our culture, but at the same time he isn’t just blatantly negging everything and everyone in the industry.

More often than not he at least makes the aside that there likely isn’t an intent to be a bad influence, even if it sometimes comes across that way from how he otherwise presents the material.

It’s a well-balanced, educated look at film and T.V. through a lens that I don’t often see given as heavy a focus, so definitely check Pop Culture Detective out.

So those are the two content creators I wanted to introduce you all to today. Both with very different approaches at the same goal: Educating the public on more positive ways of producing film and other media.

What do you think of these two? Are you interested in the technical and theoretical sides of filmmaking?

If so, let me know in the comments! Also, if there are any creators whom you believe are worth their weight in views, let me know about them too. I’ll certainly be on the lookout for more things to watch as I continue my pursuit of a clean house during these fleeting final summer days.