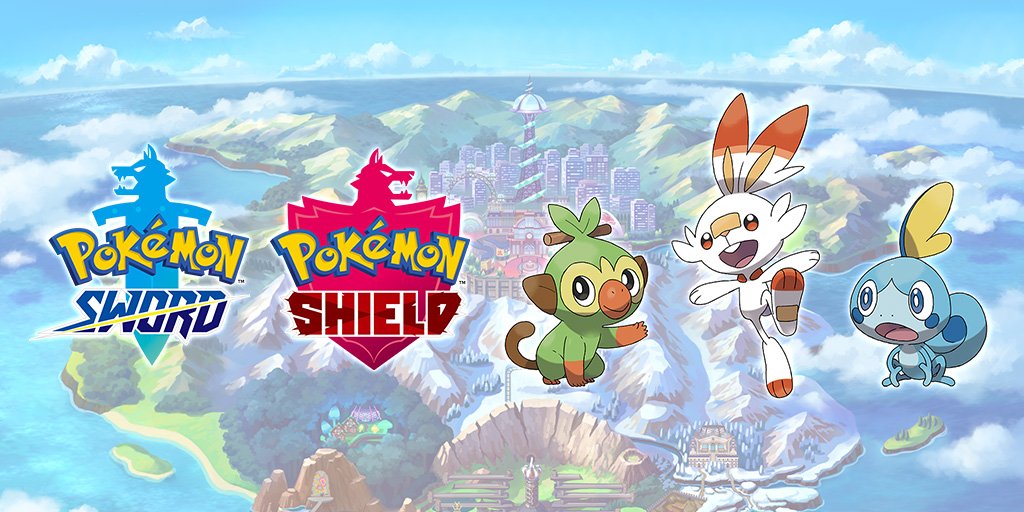 I can’t believe I’m going to break my self-imposed blogging restriction on account of Pokémon today and Fire Emblem tomorrow.

Here I was ready to sleep through the morning, but no. Apparently I have a problem.

Let’s just jump in so that I don’t spend a billion years writing this post — as I tend to do with these updates. I’ll keep it short and sweet by focusing on three things addressed in today’s trailer:

Version differences are not new to Pokémon.

The series’ initial hook was monsters exclusive to Red and Blue version so kids would trade in order to “catch ’em all.” Every generation has had exclusives since.

Gold, Silver and Crystal started the trend of different versions having unique legendaries that changed details about an overall identical story (though Yellow technically led the way by making an anime-inspired version of Red/Blue/Green).

Arguably the first major game-to-game change was the Magma/Aqua split in Ruby and Sapphire, even if they were just different villains in the same circumstances.

It wouldn’t be until Emerald version that they truly stood out as different entities.

In Sword and Shield we will be getting version exclusive Gym Leaders. Sword will have the Fighting-type Bea, while Shield will have the Ghost-type Allister:

We haven’t seen differences in the Gym Leader roster since Black and White, where the eighth Gym could feature Iris or Drayden. Though Iris was clearly better since she went on to be the Unova Champion.

These newbies will have to battle for who is better. To me, it’s an even match so far.

Allister is a Mimikyu lover with a Shy Guy mask. Meanwhile, Bea is a Hitmontop lover who must be getting all the fan art on account of her exposed feet.

The trailer also introduced Rose, chairman of the Galar Pokémon League, and his assistant Oleana. As far as I’m aware they are not version exclusive, but there’s so little about them that I couldn’t figure out where else to slot this.

Can’t have a Pokémon news update without new Pokémon, though one of the monsters revealed isn’t new:

Yamper was seen in Sword and Shields’ E3 demo, but now we know more about the adorable Corgi with the heart-shaped butt.

For instance, he charges electricity by chasing cars and has an ability that lets him catch one Pokéball. Literally playing fetch.

That’s really all we need to know.

Alcremie is a foot-tall pile of whipped cream and strawberries that drugs its opponents with whipped cream that chefs also like to use on desserts.

Because if Game Freak wants us to know anything about Fairy-types, it’s that half of them are edible.

The cream pouring out of its body hardens upon impact—the stronger the impact, the harder it becomes.

Decorations on its body are as hard as diamonds. It seems most attacks won’t leave a scratch!https://t.co/3BYc4eHjD8#PokemonSwordShield pic.twitter.com/BC9ELifTNY

But we’ll get to that.

I’m all-in on Rolycoly for its name alone.

This new Rock-type is essentially a mobile ball of coal with a lamp that must have been a godsend during the Galar Industrial Revolution. It’s new Steam Engine ability increases the Pokémon’s speed when hit by Fire or Water-type moves.

It has Overheat synergy?

We’ve saved the weirdest for last.

Duraludon is our first Steel/Dragon-type since Dialga. But instead of being a wicked cool time dragon, he’s like…

I’m not even sure what he looks like. Some kind of weird gun? Or airplane part?

So it has that going for it.

I don’t have a lot to say about this.

I gave my thoughts on Dynamaxing last time, but the fact that there’s a special version of that mechanic only adds to my hesitation.

They look different, have better stats and a more powerful “G-Max Move.”

Like… Is this something we’ll have to breed onto our Pokémon if we want competitive Gigantamaxing over Dynamaxing?

I don’t know, man. The official website only has so much information, so I can’t fully speak to the merits of this mechanic.

All I can say is I’m unfortunately still not into it.

And that’s that, ladies and gentlemen. New Pokémon information to salivate over.

While I’m not enamored by Gigantamaxing and the latest crop of monsters are more on the weird side, I’m still plenty excited overall. Especially by the prospect of having more unique trainers to meet on each journey through Galar!

So let me know what you think of this latest trailer.

While you do that, I’m going to make use of this closure and go back to sleep.