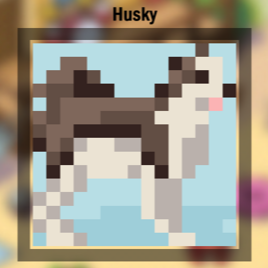 Have you ever had the desire to play a puzzle game?

There are many varieties to get hooked on. Some of the most popular are grid-based matching games like Bejeweled or Candy Crush; fast-paced luck and skill games like Tetris or Puyo Puyo; and logic-driven games like Sudoku or crossword puzzles.

I like myself some Tetris and played Pokémon Shuffle for a long time, but my puzzle game crack is undoubtedly Picross.

Or Nonogram. Or Griddlers. Or whatever other term exists for the game.

Picross is similar to Sudoku, but moves its numbers outside of the grid so that each puzzle is filled with colored squares.

The numbers indicate how many squares are filled in and in what order, with blanks required between each separate number’s filled squares.

It’s somewhat complicated to explain without playing. If you’re interested in trying the game, there are plenty of free online versions available.

I personally discovered Picross years ago with:

In the 3DS’s Pokémon Picross, every puzzle creates a different Pokémon.

There were only about 300, and the game had a number of other restrictions including a stamina bar that depleted for each square filled and the requirement for an obscene amount of in-game currency (calls Picrites) to buy upgrades and access new areas.

Both of which were obvious ways to “encourage” spending money.

Even so I fully completed all of the Pokémon puzzles. 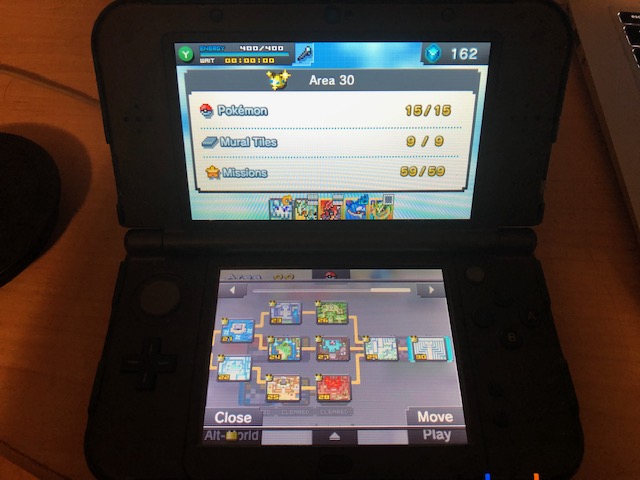 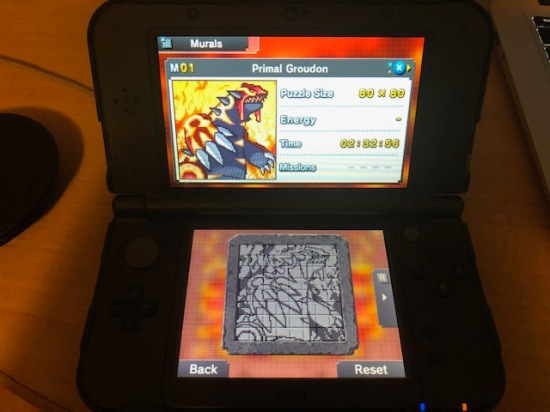 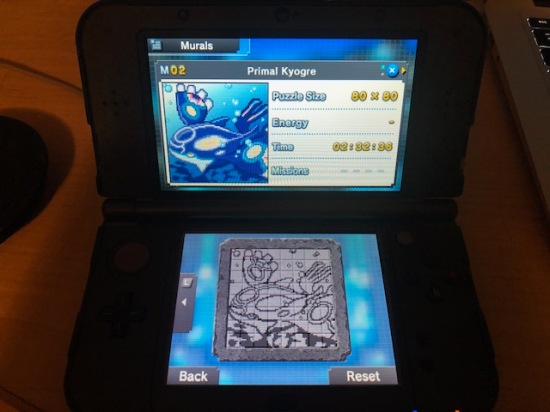 The game featured a daily challenge to gain meager amounts of Picrites for players who did not want to spend money, and I opened that sucked up every day for months to get enough.

It was worth it for me. Not only was Picross incredibly relaxing, but I wanted to see all of the Pokémon — including Mega Evolutions and Legendaries. 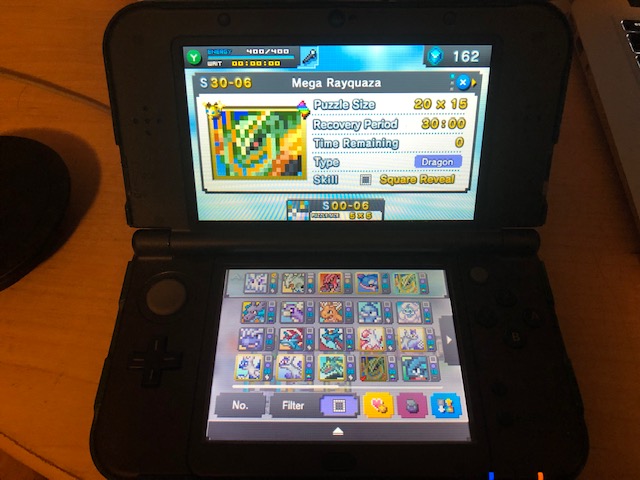 They had different skills based on their typing to help players complete puzzles faster. A neat idea that kept me coming back.

At the end I gave up on Pokémon Picross when it wanted me to enter the “Alt-World,” which cost 300 Picrites and used a weird mechanic I could never understand.

Didn’t think much of Picross for a couple years after.

Then I watched SpikeVegeta‘s 2018 run of Donkey Kong Country: Tropical Freeze for GDQx. He played Picross during some technical difficulties and gave me a strong urge to join in.

But I didn’t want to buy a game for the Switch. Or bother with Alt-World stuff in Pokémon Picross.

So I turned to the iPhone app store.

My first attempt was a game simply called Nonogram. 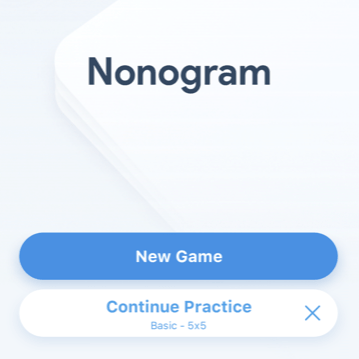 This version is good for quick games. You pick a difficulty level and solve one puzzle. Lather, rinse, repeat.

The puzzles themselves were fine, but the game had issues. First, it gives you three incorrect moves before prematurely ending the session. Second, you cannot re-examine the puzzles you complete or use them in any significant way.

That second point sounds like a nitpick born out of high expectations from Pokémon Picross… And it is.

But the second game I found did fill that niche. 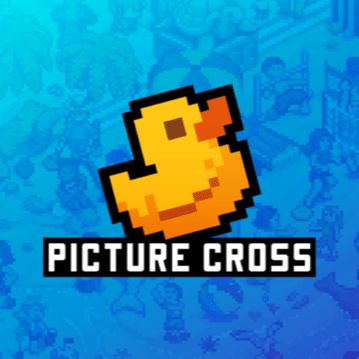 Picture Cross is a Picross game with amazingly worthwhile art direction. The sprites used for menus and worlds are insanely detailed and charmingly reminiscent of the Habbo social networking site. 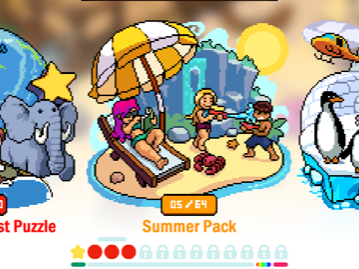 Each world has a large amount of puzzles that cover up an image you slowly reveal.

Puzzles will often depict the objects they are covering up and can be re-completed, giving them a bit more value in my book. 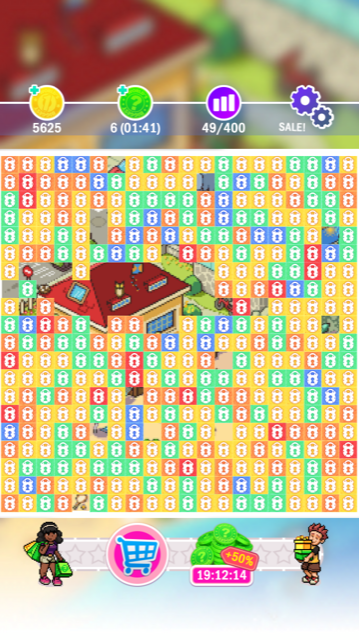 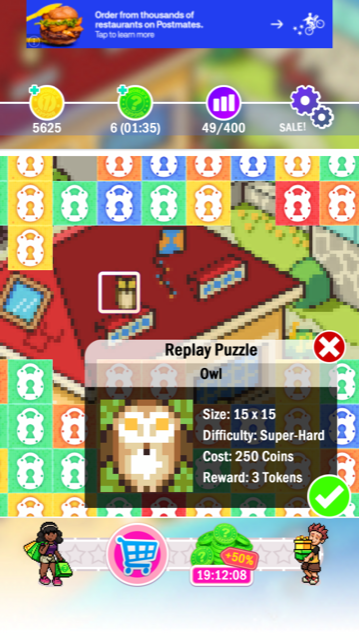 So far I’m about 50 puzzles into the first of 12 maps, fueled by a combination of my feverish Picross addiction and other completion-driving elements like achievements. 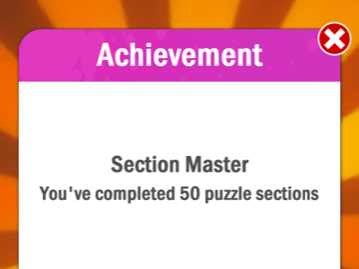 It also helps that the puzzles look pretty good while varying in difficulty. 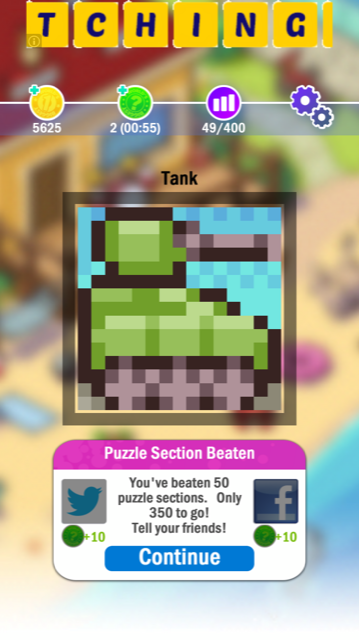 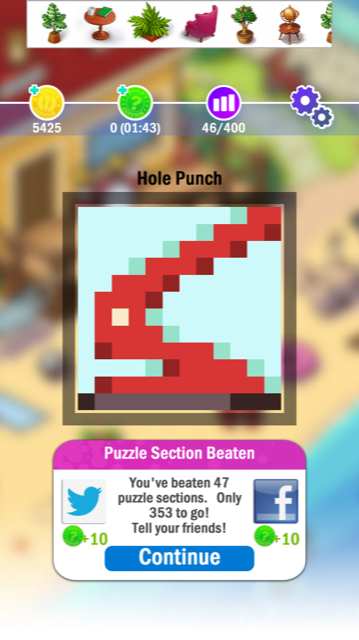 I really only have a few problems with Picture Cross.

First, the fact that it’s absolutely chock full of advertisements. The game’s free so I can’t complain, but they are long and show up after every puzzle. They’re also often necessary to view if you want to collect more tokens.

Speaking of: Tokens (the game’s main microtransactions) are required to unlock new puzzles. Players can hold 10 tokens that individually recharge every five minutes as a baseline, and more can be gathered via advertisements or awarded after a puzzle.

So far I haven’t run into any problems collecting tokens, but I can foresee Pokémon Picross levels of daily grinding in my future.

Picture Cross also falls behind Nonogram in at least one major category. Nonogram crosses out each individual number in a row or column as they are placed:

Only entire rows are blacked out in Picture Cross, which can make things harder to track on a number-by-number level.

Frankly all of those are relatively minor complains to me. I enjoy the game a lot, and I can see it being a nice brain-teasing time-killer.

Plus… Downloading the game gave me stickers in iMessage based on its cute sprites. 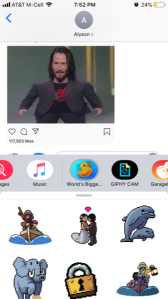 So I’d wager it’s worth every cent I didn’t pay.