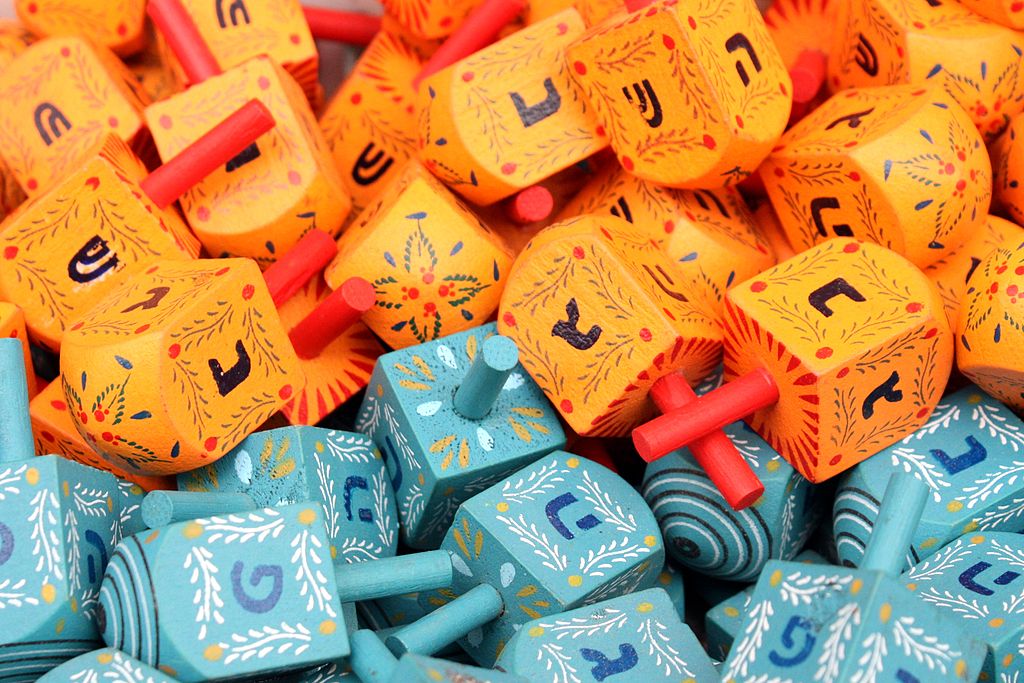 It has been brought to my attention that I was lied to by my mom and last night was not, in fact, the first night of Hanukkah. Tonight is.

I know I’m at least partially at fault for not fact checking myself… But I’ve gotten permission to blame her for it.

So if you’re in the future reading this, confused as to why I didn’t know when the actual date of Hanukkah was in 2018.

That’s right, as of sunset today, the Jewish festival of lights began. Because we’re on a lunar calendar in the calculation of hebrew holiday placement, the big events tend to fall out at different times every year.

This year it just so happened that our closest equivalent to Christmas fell out about a month before Christmas. Or as we in the Rochlin house like to call it: Two days before Alyson’s birthday.

Yeah… She got a bit shafted in that department as far as the availability of her non-Jewish friends goes for parties every year. But hey, at least we don’t have to worry about buying her presents twice-over in the same time period.

At least some years we don’t. Like this year, for instance.

Now I’m a bit tired and sore after helping a friend move some boxes today, so I don’t think I’m going to write anything too prolific. It’ll give me some more time to work on this essay — which, by the way, is the same one I talked about doing my FDA research on the other day and am continuing to have a blast with. I’ll definitely have to do another post on it sometime soon.

But for now, if you want some more Hanukkah-based content, you can take a look at this post I wrote about getting a chunk of presents early this year.

Tonight I got the rest of everything, since we gave up on the eight nights of presents thing a long time ago. The haul expanded to include a new set of Cards Against Humanity cards, a lovely check from my grandparents in Florida (who I’ll thank here as well as over-the-phone soon!) and..

We’ve got new Pokémon! This is not a drill.

And I definitely did not know about it ahead of time from being in the store when we purchased the game.

If you see a lot of posts coming out of my Twitter account in particular talking about all of my new Pokémon adventures in the near future, now you know why.

I’m thinking I’ll treat this installment specially. It has the capacity for two-player games, so I’ve considered trying to only play the game with my sister so we can have the experience together.

Whether or not I break that rule as I get too excited to play the game is a bridge I’ll have to cross when I get to it.

But that being said, hopefully you all have a great Hanukkah — even if you don’t celebrate!

I’m going to go off and spend some time with my family for the holiday.

And rest my back a bit.

A few weeks back I talked about the essay I was going to have to write for my Visual Communications class.

I’m sure if you follow my posts regularly you remember this one. My little laugh at the 1950s era advertising we could choose to analyze.

In that case I’m sure you also remember that I decided to go with this 7-Up ad.

Boy is it more and more beautiful every time I see it.

I bring up the subject again because I started to work on the actual paper itself yesterday evening and already the damn thing has taken me down a bizarre rabbit hole.

A rabbit hole that, in all honesty, is pretty interesting. If you ask me at least.

Here’s some more in-depth context before I get into that branch of my research. The content requirements for the essay are relatively straight forward. We simply have to examine the image we chose from the six perspectives that were elaborated in earlier in the semester:

My deep dive began as I broached into the historical aspects of the advertisement.

Most of the analysis was easy enough. The ad comes from the 1950s, so there was plenty to discuss as far as the post-war economic boom and opening stages of the Cold War went. Both contributed to the development of a middle class American ‘nuclear family’ that in many ways became dependent on purchasing power to show their status and connection to the mainstream culture.

What I looked into had nothing to do with that overall historical context. Instead it came from pinpointing a very specific part of the advertisement.

In the lower right-hand corner there’s a block of text which, among other things, tries to convince new parents to feed their babies a “wholesome” mix of 7-Up and milk.

More important to point out for my purposes is the section where the advertisers tell readers that they have all the ingredients in 7-Up listed on the bottle — despite the fact that it was not required.

When I read that I stared at the screen for a moment mulling things over. Were food labels not required in the 1950s? There was a Food and Drug Administration overlooking those matters at that point in time, wasn’t there?

It was a bit of a tangent, sure, but if I found the idea so interesting it seemed like a good research avenue to go down.

… Only in part because I needed a few more sources to fit the requirement and some U.S. government resources seemed official enough to justify using. I promise.

I found that, yes, the FDA did exist prior to the publication of this 7-Up advertisement. The FDA came into place alongside the passage of the Pure Food and Drugs Act in 1906 according to the horse’s mouth.

However, labels on food like you see required today, with their widely enumerated requirements that are stipulated upon in this most recent FDA Food Labeling Guide from 2013, were not required until the passage of the Nutrition Labeling and Education Act (NLEA). Prior to that, listing things like ingredients and nutritional information of food product labels were purely voluntary.

So it seems like the 7-Up people were right in congratulating themselves for posting that kind of information on their product in the 1950s.

But in that case, just when did it become a requirement for everyone?

Diving a little deeper into the subject I came across this discussion of the history behind nutritional labeling on the National Center for Biotechnical Information’s website. As a subset of the U.S. National Library of Medicine, I figure they’re a pretty reputable source.

According to this source, the NLEA wasn’t officially passed until November 1990.

That’s almost 90 years after the FDA first came into being. It’s astounding to me that it took that long to get this kind of legislation passed!

Perhaps that’s hindsight bias in some respect. Food labels are so ubiquitous in the 21st century, and they’re the butt of so many jokes about GMOs and fake ingredients, that it’s hard to imagine a time they weren’t in use.

To think that time was just a few short decades ago…