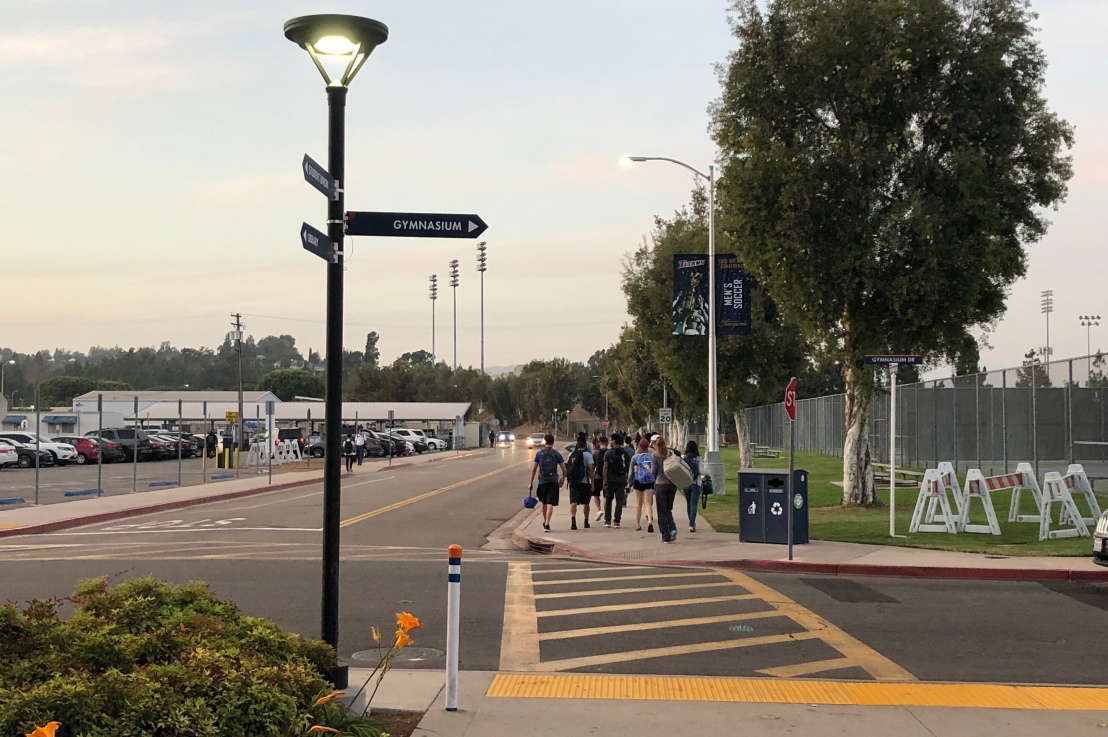 My apologies for the absence this last weekend, oh loyal viewers — wherever the five of you may be.

I took a little time for myself following the Honors Conference (both my panel and a few friend’s panels I attended on Saturday) to focus on the last few assignments I have to complete before the semester is over. Next week.

I’ve also spent a good chunk of the weekend letting the existential dread of realizing that “this week is my last full week of college” drape over me like a heavy blanket.

Seriously, what? That’s not real. Who allowed this?

To be fair, I may go back to school one day and get a Masters or teaching credential so I can be a teacher in my later years. Seems like that would be a cool way to give back after I make a name for myself.

But that’s not really a matter for here and now. I’m mostly just nervous about the incoming inevitability of having no excuses to not go after that name.

Because that is terrifying.

So I’ve been relishing my last few college-oriented assignments. Turning in my Internship hours, pulling my novel’s prep work together for the physical Honors project and watching old Stephen Colbert videos for Comm Law.

For my Gaming in American Culture class, my last assignment (other than the final paper) is to read Ernest Cline’s Ready Player One for our discussion on virtual reality this Thursday.

Or… In my case, to re-read Ready Player One. Much like Ender’s Game, I read this book a few years ago. Well before the Spielberg adaptation was even announced.

Thus, similar to Ender’s Game, I’ve decided to take my re-consumption of the story in a different form: Listening to the audio book.

But not really, because Amazon isn’t paying me. If anything, I’m paying them — or at least my family is.

I will say the re-listen has been pretty worth it. Not only does the audio book make it easier to reacquaint myself with differences between the written and cinematic versions while doing other work, the act of listening is that much more fun because Wil Wheaton is reading it.

Wheaton’s reading leads to some beautifully meta moments, because he is personally mentioned in the story.

For instance, Wade Watts (the story’s protagonist) talks about Wheaton as a great representative of user interests on an elected council in the virtual reality world of the OASIS.

He says those lines without a shred of irony or winking to the audience, and it’s great.

But yeah… That has basically been my life. Everything y’all missed over the last couple days, other than helping a few friends through their own stressful life situations and watching Kill Bill with my family. Alyson had never seen it, and we needed to rectify that.

I know it’s a hot take for me to say it, but that movie is genuinely still incredible. A visual splendor.

If you need a little stress relief, like I have with all this impending graduation fatigue, go watch yourself some Tarantino. Or play a little Don’t Starve.

As we begin the last week of summer vacation, I can feel that vaguely existential dread of having to go back to school start to creep up my back.

Of course there are pluses to school starting. Like having a regular schedule. And being a bit more challenged by novel material every day.

But for the most part it just means driving to Fullerton every day and getting back into the daily grind.

In the lead-up to school starting again, I’ve been busy setting up various and sundry meetings over the next week. From a lunch discussing some Boom stuff today to an afternoon full of Gladeo stuff on Friday, as well as some more time with friends where we can squeeze it in.

Plus, more video games are of course on the docket. Monster Hunter Generations Ultimate may not come out until next week, but I can keep throwing myself at Enter the Gungeon in the meantime.

Not to toot my own horn or anything… But I’ve become quite good at the game. I’ve completed the secret final bosses for two of the six characters just in the last couple days, which is a long way from barely making it past the second boss when I first started.

I could also branch out to try Into the Breach like I’ve been meaning to, but with bigger games coming out soon I’m a little more hesitant about spending money. So we’ll see.

Also new characters are being announced tonight in Heroes based on the second “Choose Your Legends” vote we all took part in some time ago. That’ll probably be my post for tomorrow, as a spoiler.

All of those gaming aspirations are also going to be somewhat sidelined by my desire to start school off like I always do.

Cleaning my room to symbolize the fresh start.

Cliché I know, and not exactly in line with any of those spring cleaning aspirations people seem to have… But what can I say. I’m a creature of habit, and one of those habits happens to be waiting for months in a continually messier room just to hard clean everything during a special occasion.

I don’t know if it’ll be the subject of some kind of blog post like my cleaning streak was a while back, but just know that’s going to be the undercurrent of my life for a while.

The rest of the house will also be getting some kind of facelift in the near future, as it has hit the point where having friends over this Sunday hits a roadblock of my Mom not wanting people to see the mess.

I know this is more of a passing over post again, but once in a while I think it’s good to take things a little easier and just look toward the future.

The future on this platform being, more than likely, a Fire Emblem Heroes post, a post about work stuff with Gladeo at some point, possibly debating my expansion into more social media platforms, maybe something about seeing some old friends who I haven’t gotten the chance to hang with yet this summer and like. School. Probably.

So look forward to all of that!