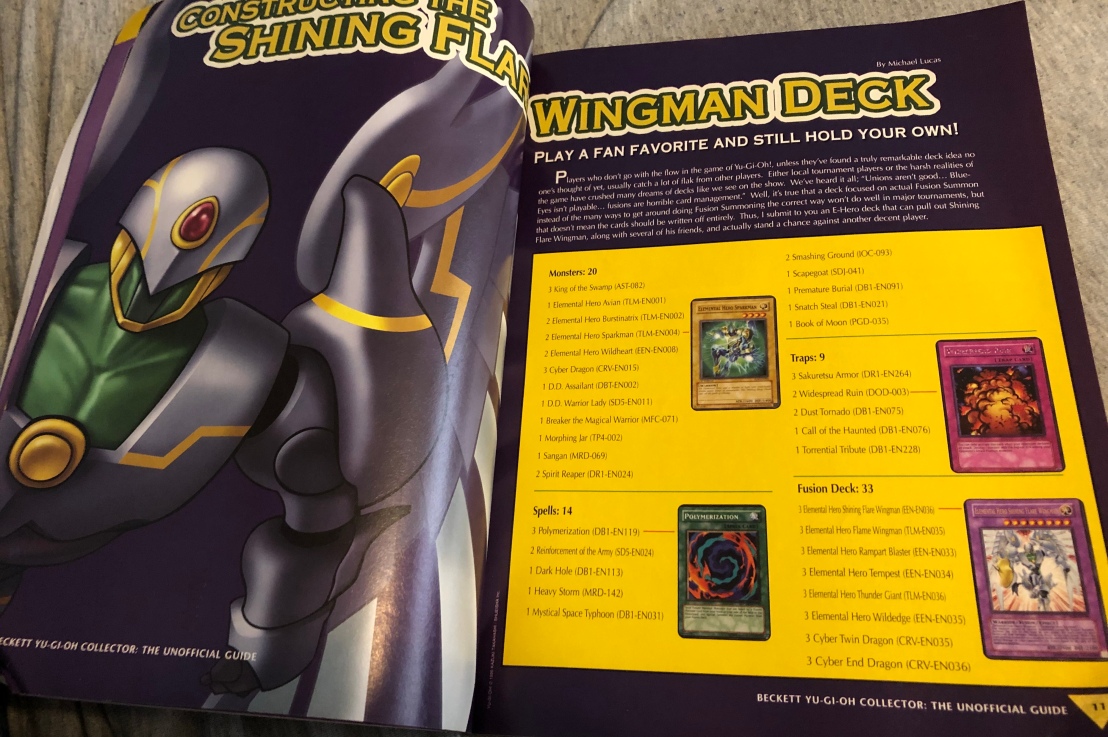 With the latest Tag Duel Tournament ending in Yu-Gi-Oh! Duel Links soon, I wanted to take the chance to talk about something regarding the event I’ve been interested in since it started.

It has nothing to do with the event itself, as I quite like how Tag Duels work in balancing two duelists fighting on the same team.

No, what I’m interested in is the new reward cards that came from the event. Namely, this one: 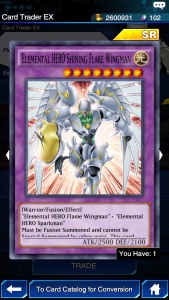 This pretty cool looking card right here, for all intents and purposes, is kind of useless when you give it a critical eye. It’s attack and defense stats are okay, but underscored by the fact that it’s a fusion monster that requires a second fusion monster just to summon it.

That’s a fairly difficult summoning condition for the uninitiated, as it means you need three different monster cards and two copies of polymerization just to get him out. His inherent abilities do help him stand out, as he gains at least 1200 attack instantly from all of the HERO monsters in the graveyard just required to summon, then everything he beats over inflicts damage once sent to the grave…

But still. The summon is a tough sell when he has no real protection from any kind of destructive spells or traps.

I’m not here to discuss the merits of this card as a viable battle strategy, however. Even if seeing him added into Duel Links has inspired me to try building a deck around him.

I’m here to discuss the reason why seeing Shining Flare Wingman brought a huge wave of happiness and nostalgia running through my system. Check this out: 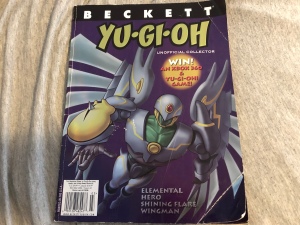 Welcome to 2006, where a young nine-year-old Jason vaguely interested in Yu-Gi-Oh! card collecting decided to buy this magazine because the monster on the front looked so god damn cool.

I mean that too, I don’t think I ever seriously read through this thing. I just loved looking at the cool monster pictures on it and inside of it.

To this day, the Shining Flare Wingman edition of Beckett’s Yu-Gi-Oh! magazine is still the only one I own, and seeing his arrival in Duel Links brought the memories of it flooding back. Luckily it just took a quick dig through my 2006-ish era comic books to find the thing.

But those are a story for another day.

Now that I’m older and actually interested in the world of media, I actually perused the magazine with a more analytical eye.

As it turns out, Beckett is an online marketplace for card games and their accessories. Primarily sports cards, but also other trading card games like Yu-Gi-Oh!

That’s probably not a surprise to many of you, but I seriously never bothered to look it up before now. I just always thought of this magazine as “The Yu-Gi-Oh! monster thing.”

At its core, the magazine as a whole is just a conduit to show off what cards are available for what prices online. 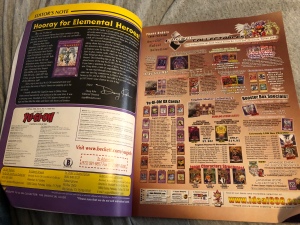 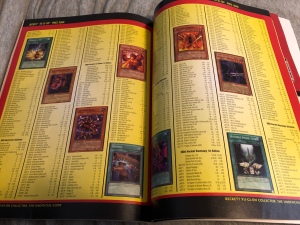 Obviously that’s not all that useful for me anymore. So instead, the really fascinating thing about this magazine is what they fill the rest of this thing with.

It’s 88 pages long, and honestly a perfect feature-writer handbook for how to built an interested following with content related to what’s being sold.

Seriously it’s got everything. News about the card game: 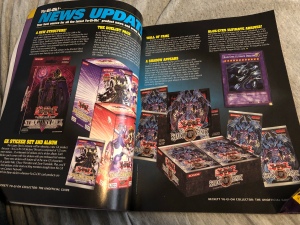 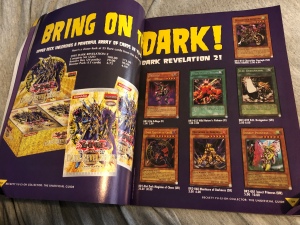 Profiles on cards and decks, much like the Shining Flare Wingman deck that’s advertised on the cover: 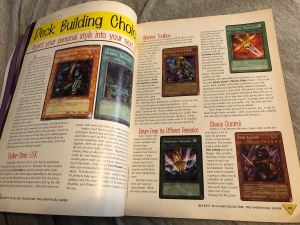 But then there’s the more fun stuff that shows how interested whoever put these things together was in not only the card game, but the culture surrounding it.

There are articles all about things like the anime throughout the magazine, which I’m sure appealed to me because the anime was my route into Yu-Gi-Oh! 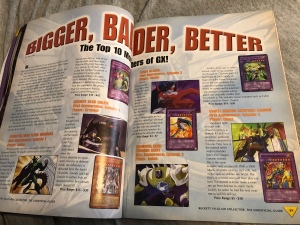 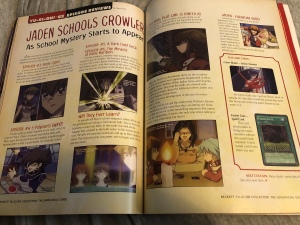 Seriously, this thing is like the perfect analog representation of exactly what you’d expect to see from fandom-driven sites online today.

It’s like Buzzfeed before Buzzfeed. Except all about Yu-Gi-Oh!

And much more my speed.

Of course there’s also other magazine mainstays, like this section all about reader-submitted fan art: 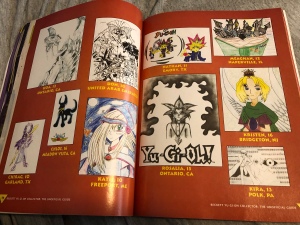 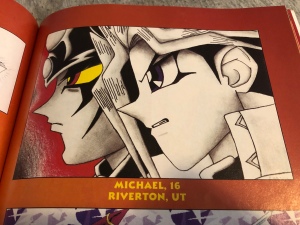 Shout out to Michael from Utah for truly capturing the anime mood.

Seeing this part of the magazine in particular reminds me a lot of the old Highlights magazines, those book-centric ones everyone would get from book fairs in elementary school.

All it needs is a few hidden object games and I would be 100 percent down.

On the bright side, in place of those kinds of games, this magazine also talked about Yu-Gi-Oh! video games. 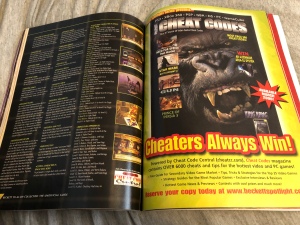 So hey, it’s got my best interest at heart.

Most of the rest is just advertisements and and pages upon pages of sales figures for individual cards.

While those are interesting in their own right just to take a glimpse back at early 2006, as it seems these things came out bimonthly, I definitely think my biggest takeaway is how awesome all of the extra surrounding content is.

Seriously, looking through how much fun the creators must have had pulling together all of these feature-y articles kind of inspires me to be a bit more interested in the features side of the journalism spectrum.

And all because a mobile phone game dropped a somewhat useless monster that gave me a rush of nostalgia 12 years after a seminal moment in my youthful development.