Today my journey to the Del Amo mall as a chauffeur for my sister got a fair bit more interesting when I was able to drag my buddy Juan along for an impromptu hangout.

All-and-all it was a great time, far more than it would have been if I just went and sat around by myself. We had lunch, explored a bunch of kitch-y stores, made fun of some really silly products and talked about all the important things in life.

But that’s another story. I thought it might be fun to take another look at some of the photos I took of some ridiculous things around the mall. Because that seems just quirky enough to probably be interesting, and it’s a real easy kind of post to do while watching Ready Player One with my family.

So let’s begin with this: 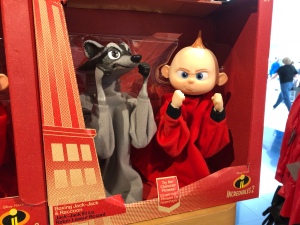 Boxing Jack-Jack and the raccoon from Incredibles 2.

I’ll be honest, the scene where Jack-Jack fights the raccoon is probably the best part of this movie. But… Wow. How could you make a toy that looks so unsettling?

I understand the idea that they’re sock puppets. It makes sense. The interactivity of the toy is also cute, since both characters make noises when they punch their arms.

I just wish the thing didn’t make it look like both a small baby and a raccoon weren’t twink boxers. Because god damn is it just… Not great.

Luckily there were a bunch of other cute Incredibles toys for parents to buy. Don’t buy your kids this unsettling bit of nightmare fuel, parents. 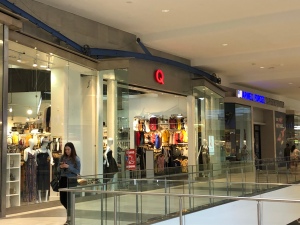 Honestly, I don’t have anything else to say about the place. I just thought it was so bizarre that it was worth pointing out.

Unlike this next picture, which has so many bizarre things to it that I can’t stop talking about it: 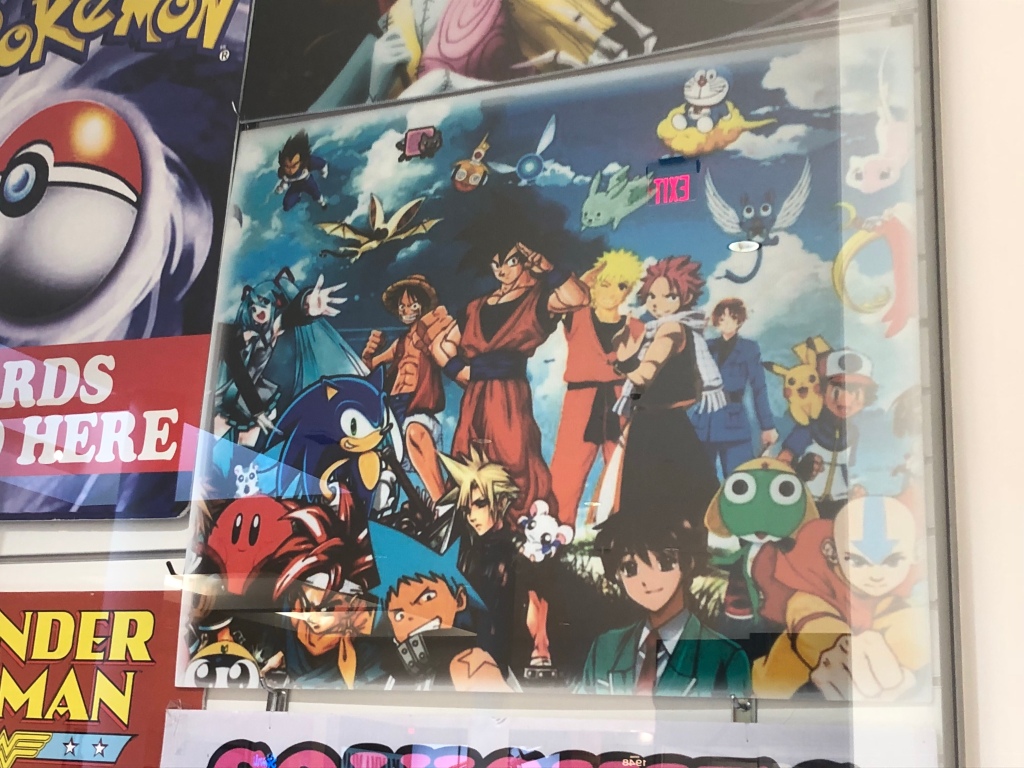 Seriously I’m not even sure where to begin here. The clashing art styles all being thrown together immediately stand out of course, but it’s the fine details that really just dig into your cerebellum.

Like why is Naruto wearing Goku’s outfit while standing next to Goku in a much more soft, pastel tone.

Why is Crono from Crono Trigger hanging out with Black*Star and Sonic the Hedgehog and Kirby? Except Kirby is red instead of pink.

Why is Bijou from Hamtaro sitting on top of Cloud’s shoulder? She ain’t in any Final Fantasy games.

Oh and let’s not forget the extra bizarre inclusions. Why is Nyan Cat in the top corner? Why is Navi from Ocarina of Time hanging out without any other Zelda character anywhere on the piece?

Ultimately though, I think there’s just one question to ask.

Who allowed this photoshop hodgepodge to be a thing?

I could honestly talk about that thing all day. But I won’t because I might actually descend into madness if I do.

So instead I’ll talk about this.

Anybody remember Xiolin Showdown? Because I do!

I used to seriously love this show growing up. So when I saw this PSP game sitting in a shop, I couldn’t not take a look. 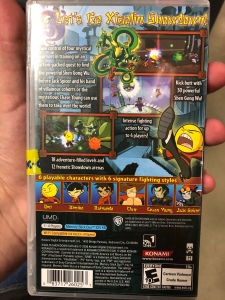 I never owned a PSP or anything, but this game seems like it was probably pretty cool. I wonder- 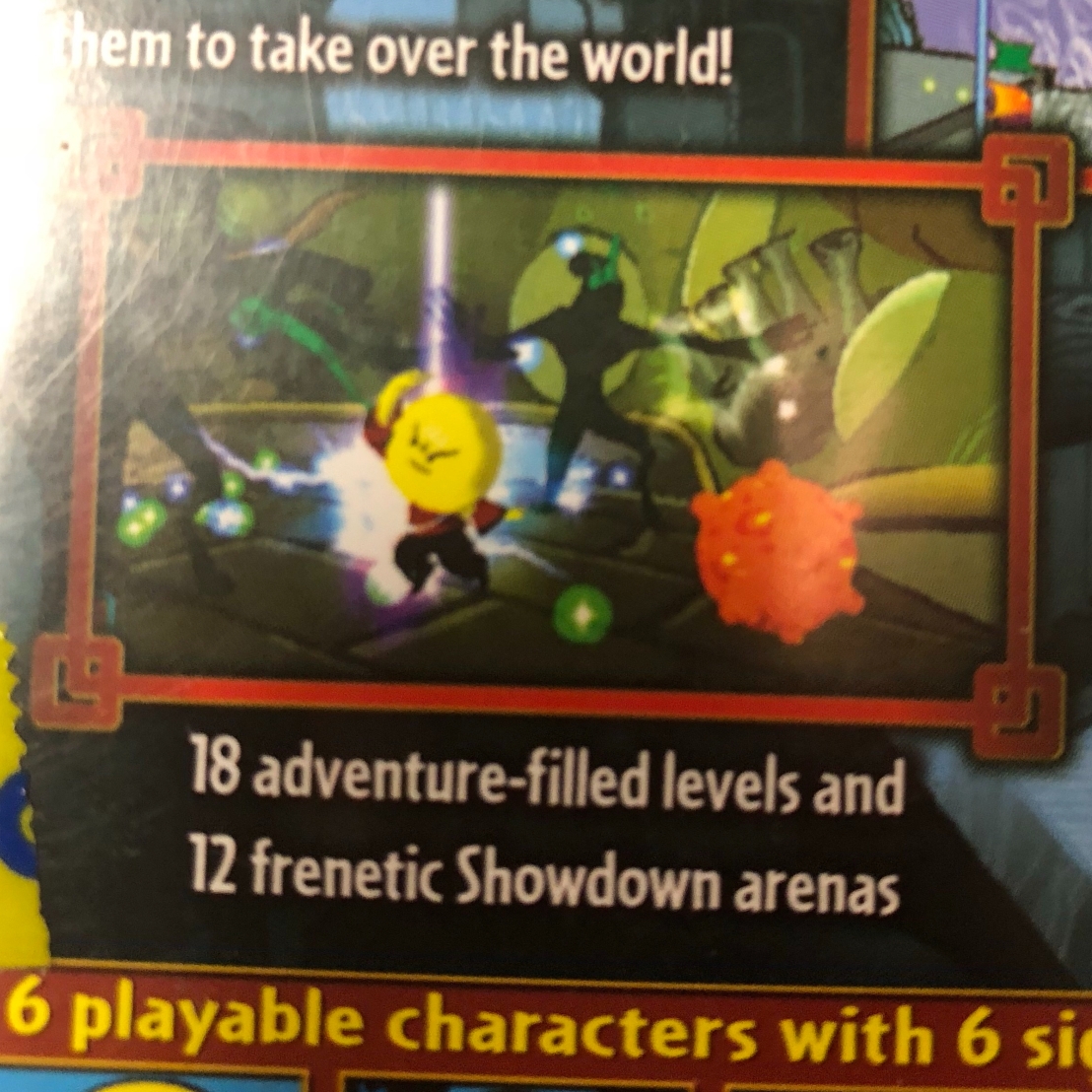 Oh no… What did they do to your face little guy?

I… I can’t even look at that. It’s physically painful.

Okay let’s move on to something hopefully less nightmare-inducing, shall we? 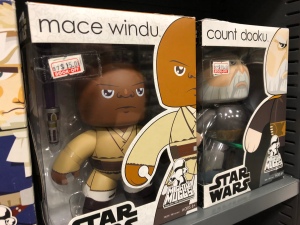 I spoke too soon, there are just as many nightmares over in toy land.

I don’t know whose decision it was to make ‘Mighty Muggs’ a thing, but they made a very poor choice when it comes to overall design. Especially if they were hoping to compete with things like Funko Pops.

But hey, let’s look at something less terrifying, shall we?

Like check out all of these god damn copies of Wii Fit.

I don’t know who out there decided to trade in all their copies of Wii Fit to Book Off in the Del Amo mall, but I just wanted to give an extra special shout out to all of them.

Because look at how amazing this collection is. It’s literally the most stocked game in that store, and it’s beautiful.

Worth the trip all by itself, honestly.

Though that wasn’t the only amazing game that made this trip worthwhile. 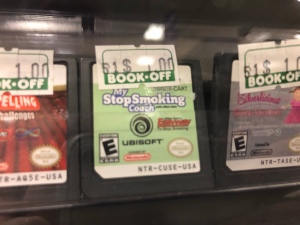 My Stop Smoking Coach. For the Nintendo D.S. An Ubisoft title.

To be completely honest the fact that I didn’t go out of my way to buy this thing out of sheer curiosity’s sake may just be my greatest regret.

Actually I got ice cream because I didn’t buy this game, so I guess I don’t regret it too much. But if I see this thing again next time I go to the store, I’m definitely going to go out of my way for it.

Here’s another game that I thought was interesting from a series that’s probably a little more well-known.

Harvest Moon: Save the Homeland.

I don’t have too much to say about this overall. I threw it over to my friend Sam who’s a huge Harvest Moon fan and she’s never played this particularly title in the series.

I just wanted to throw it out there because it probably has the most nationalist title I’ve ever seen. ‘Save the Homeland.’ Can’t help but imagine the Von Trapp family showing up to beat off some Nazis.

That was about all I had in terms of video game stuff. But I did have a little more to cycle back to from our stop in Disney earlier: 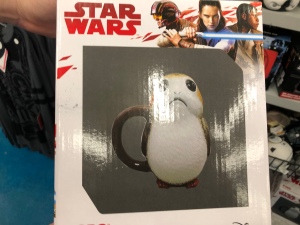 Check out this Porg. Everyone loves Porgs, right?

Well, this is a Porg mug that has a scalped Porg. So you can drink it’s brains.

For the children, right?

I don’t know maybe that isn’t as funny on here as it was in person, where Juan pulled his now infamous ‘drink of my Porg’ line.

So I’ll let that one fly and move into this last fun thing I pulled out of our last trip to GameStop on the way home.

I’m not a huge basketball person, but my Twitter has been rampant with talk about LeBron James joining the L.A. Lakers. I have my own opinions about that whole thing and how… Ridiculous the number of dollars thrown around for one man are.

But that’s neither here nor there.

In the end I think it’s all worth it just for what this GameStop employee did to this NBA 2019 advertising stand. 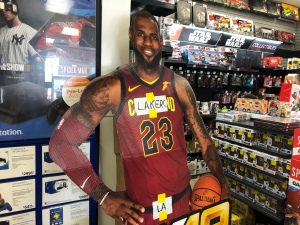 It’s about as good a place as any to end off, if you ask me.

Hopefully you enjoyed this romp into weird shit I found today. If so let me know! Also don’t hesitate to send me any weird things you might find, because I thrive off that.