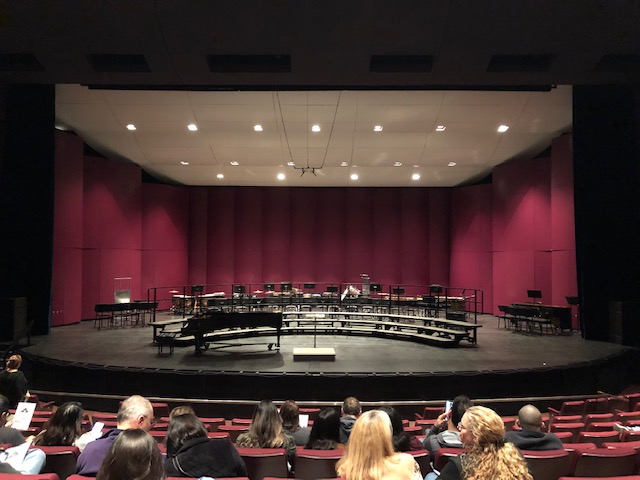 As promised last night, here I am to talk about sitting around in Long Beach all day.

Except today there was a much more pertinent reason for me to be there! Instead of just bumming around laughing about how much the campus at Cal State Long Beach looks like an F-Zero track, I got to enjoy the:

That’s right, after an intensive weekend of frequently driving back-and-forth between Redondo Beach and Long Beach repeatedly, it was finally time for my sister’s official performance with the honors band.

This was actually, from what I can tell at least, a relatively prestigious little event that she applied for.

Of course I only say that because the bare minimum that I know without further research is that the four-year-old concert featured a few guests with pedigrees including the L.A. Phil Harmonic and John Williams movie scores, as well as the fact that kids apparently applied from as far as Alaska.

So you know. Either it’s a prestigious event or some folks were real desperate to get away from Sarah Palin.

Jokes aside, it was a pretty awesome hour-and-a-half show in a very lovely auditorium. I decided to be that guy who went around taking pictures of the lobby just to let y’all feel like you were there too.

The stage itself was also very nice, enough to be my Featured Image. Not only were the acoustics resonant for the entire audience, I would also argue it’s nicely designed from an aesthetic point of view.

A nice mesh of dark grey and maroon, with the panels of the wall specifically made to be a surprise when some of them were revealed to be doors.

At least I thought it was a cute little surprise.

Now, I’m sure you’re all expecting me to delve into the content of the show itself. I will, but not in quite as much detail as I originally expected to when planning to write about her show today.

I wanted to take a photo of all three groups that were performing, maybe even include some video of the songs. The grand finale that Aly’s band performed certainly would have been bombastic to show off.

Unfortunately they did not allow photography or video of any kind.

So… Threw that idea in the dumpster. Which is a shame considering Aly was basically right in the center of the front row as a second chair flute.

But that’s the writing business for you, I suppose. Adaptation is required.

Instead of a more in-depth catalog, here’s just a brief synopsis of the show’s bands:

Not so lustrous without visual or musical accompaniment I know, but hopefully I can make up for that by sharing these obligatory family photos we took after the show.

Mostly trying our best to cover up the missing “S” on the Conservatory sign.

Extra shout out to the man who took our full group photo before taking a selfie of himself. Don’t know who you are, but you’re a real G.

Overall, I’d say I was really impressed with the show. Considering it involved 100+ high schoolers all meeting each other, learning 4-7 pieces each and practicing them over the span of two days, it was actually phenomenal how well-done all the music was.

If nothing else, I suppose this is proof of how great Aly’s going to be once she gets out into the workforce of quick turn-around performances! 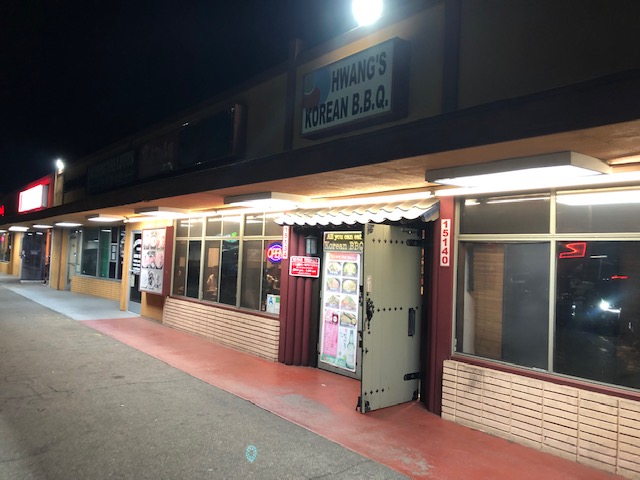 I’m officially convinced my pursuit of a Psychology minor has ruined me forever.

Context. After dropping Aly off at Cal State Long Beach this morning (the genesis of this Tweet that made me laugh):

Something tells me I’m contractually obligated to not like it here, but between the strange pathways and giant set pieces it feels like I’m wandering a whacky F-Zero track. I kinda dig it. pic.twitter.com/1pqAhEKaPj

I wound up going out to dinner tonight with a bunch of people from high school. A pretty diverse range of people at that — from those I’d consider good friends I hang out with regularly to some that I literally haven’t seen since graduation three years ago.

There were about 10 people there and I was right in the middle between two Korean BBQ hot plates.

On the bright side, I got to take food from both.

On the not so bright side, pretty sure I got whiplash trying to split my time between two totally different conversations. If not more considering those two major groups were further split into a number of subgroups.

That said, being somewhat ephemeral in each different conversation gave me time to reflect on other things. As I stipulated at the very top of this post, a lot of the things I wound up thinking about were concepts I’ve learned in my psych classes coming up in reality.

For instance: Right when I arrived, half the group wasn’t there. Long story short they were waiting for one person who was apparently out watching Into the Spider-Verse and didn’t realize the timing or something. They wound up being an hour late.

As I’m sure you all know by now, I wouldn’t say he made the wrong choice necessarily.

Though we wound up being at the restaurant for three hours as a result so… Maybe it was the wrong choice from a utilitarian social standpoint?

I’m here to talk about psychology though. Not philosophy.

This one girl and I thought we knew each other from something, but for the longest time all we knew was that we went to the same high school. We couldn’t figure out exactly HOW we knew one another.

It was a very ‘tip of the tongue’ moment up until I finally got just the primer I needed.

Found out that she was studying creative writing, and that pretty quickly translated to my realizing we must have been on the newspaper together at one point. And we were!

But wait, my nerdiness gets worse.

See the Korean BBQ place we were at in Gardena had a call button for the servers: 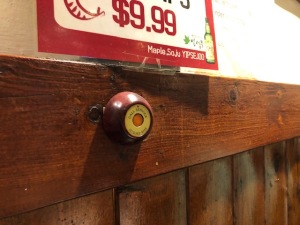 My friend Nina got pretty obsessed with the button the longer the night went on. Whenever any of us even considered getting more food or water, she immediately hit the button.

It let out a very distinctive chime, like two doorbells ringing in sequence.

After the third or fourth call, one ring seemingly didn’t work. The servers were just busy helping other tables, but Nina seemed to get visibly distressed that the call hadn’t served its purpose.

For everyone else? This was pretty much nothing.

But for me? All I could see was a conditioned response being slowly extinguished by the removal of a response to the conditioned stimulus.

Pavlov would be proud.

I swear, this was 100 percent what was going through my head all night. No idea why, but it definitely happened.

That said it isn’t like all that school leaking in ruined the night. I actually had a great time catching up with some people I haven’t seen in a very long time, and I imagine I’ll probably go out with this particular group more often in the future!

Plus there were some extra added benefits. We actually ran into a totally different group of people from high school who I haven’t seen in years that just so happened to be eating at the same place.

The boba we got after wasn’t half bad, too.

That essentially sums up my day overall. Since it sparked this particular conversation, I guess it would be pertinent to ask all of you in the viewing audience if you’ve had any times where something you learned in school viscerally leaked into an everyday experience.

I’m sure someone has a fun story with that. As fun as school-related stories can be, anyway.