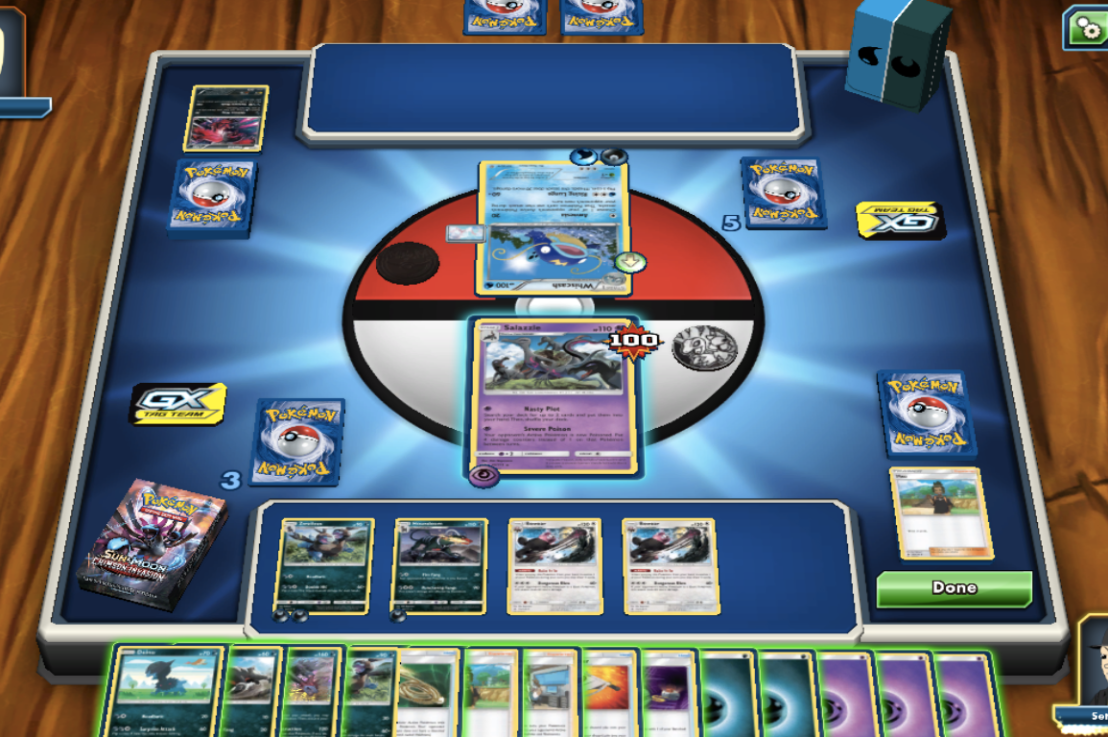 Time to say good-bye to the last strands of my dignity.

I’m sure it’s no secret that I love Pokémon, as I spent months building up to Pokémon Sun and Moon on this blog when it was announced. However, I haven’t spent too much time talking about the Trading Card Game.

Which is strange considering how much I talk about Yu-Gi-Oh! Duel Links — even pulling out old childhood memorabilia when it became relevant.

Yet I have plenty of experience collecting Pokémon cards as well! Looking back at my most recent room renovation, you can actually see a Jirachi card hanging out with my other mythical wish-granter merchandise: 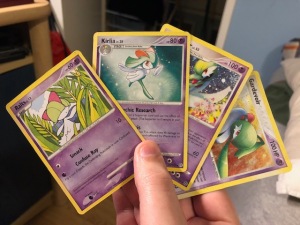 … is only the tip of the iceberg. 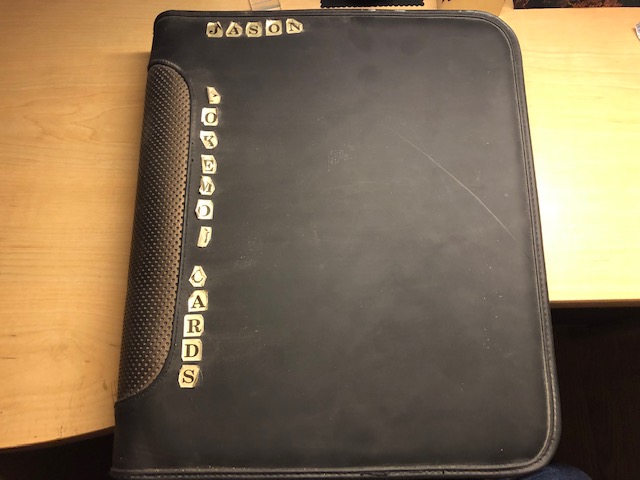 My parents like to tell the story of how they had original card packs for one of the first sets in the Pokémon TCG, which would have been amazing collectors items today. However, I had no interest in them at that point.

So they got rid of them.

Hilarious considering how much I wound up getting into collecting the cards:

Back when I collected most of these, it really did just amount to collection. Like with my physical Yu-Gi-Oh! cards, I never actually played the game.

My first real exposure to playing the Pokémon Trading Card Game came in 2015 when I first watched a Let’s Play of the GameBoy game by TheKingNappy and ShadyPenguinn.

I was so interested in it that I downloaded the game off the 3DS eShop. 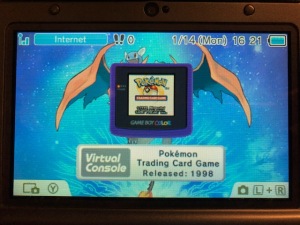 Despite the game having come out in 1998, I would still argue it has some of the catchiest songs I’ve ever heard in a video game. Just listen to the Club Master Duel theme.

However, it was mostly the video game’s interface and music that kept me really engaged. I still never went so far as to play with real cards.

Thus it was kind of the end of my experience with the Pokémon Trading Card Game.

… Until this most recent December, when ProJared began to upload a Let’s Play of the GameBoy TCG game.

Watching it get played again inspired me to jump in. But this time I didn’t go back to my 3DS. 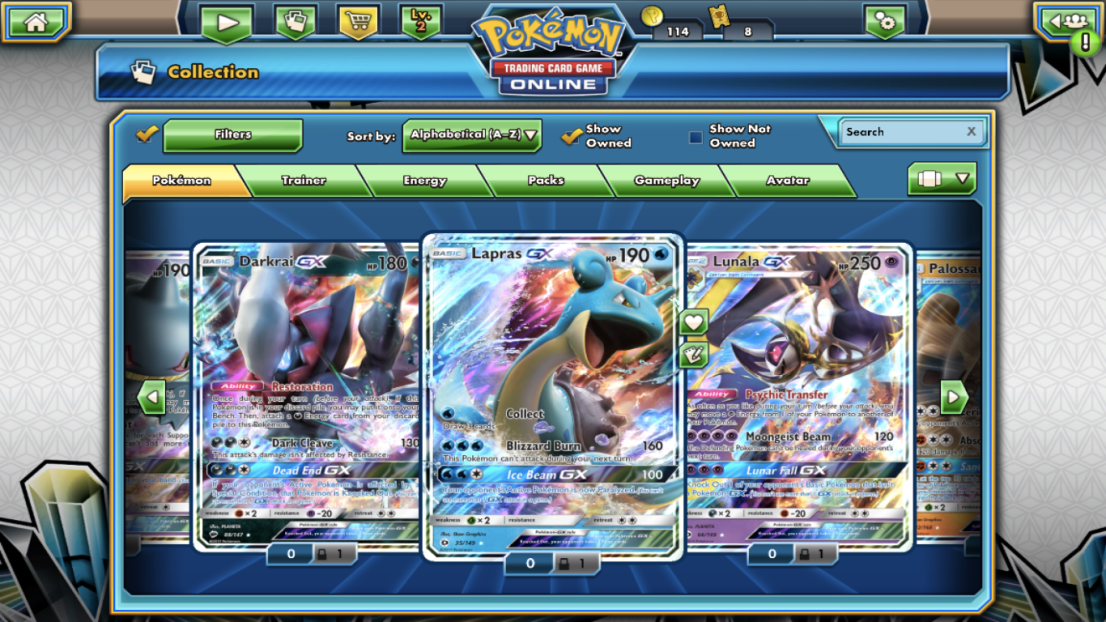 I say re-downloaded because I did have a brief attempt at playing the game before (as you’ll see from my cringe-worthy screen name based on some half-assed character), but it didn’t stick quite as well as my recent deep dive.

For those of you who have never played the Pokémon Trading Card Game, I figure a very brief synopsis of how it works is in order.

Each player starts with a 60-card deck, out of which they draw seven cards for a hand and six prize cards. There are two primary win conditions in the game. You either draw all of your prize cards by defeating a Pokémon, or you defeat all of your opponent’s Pokémon so they can no longer play.

There are six kinds of cards in the game: 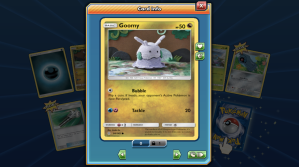 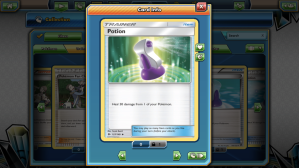 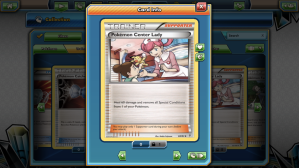 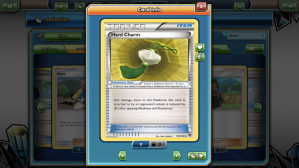 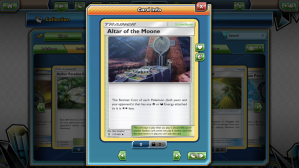 The balance of Pokémon and energy placement, where only one is active at a time and players can set up the team in their back row, feels a lot more complex than Yu-Gi-Oh!’s basic gameplay style.

However, all of the Trainer cards seem a lot more focused on draw power and health restoration than Yu-Gi-Oh!’s Spells and Traps, which have a daunting amount of variety and often incentivize playing to a narrowed archetype.

That said, I love both games.

Here’s an example of me playing with a Psychic-type deck I built.

Video’s a bit choppy, so be warned. Though it shouldn’t be nearly as bad as my Armagetron video.

As you can tell, the primary focus of my deck is to build up to Gallade or Lunala (mostly the latter).

I don’t have quite as many GX or EX cards as a lot of players who have clearly been playing longer, but Lunala being a Stage 2 legendary means card designers balanced the trouble of getting her out with some powerful attack output.

It has worked wonders for me thus far, and I’ve been building up my digital card collection using booster packs from the Trainer Challenge mode… 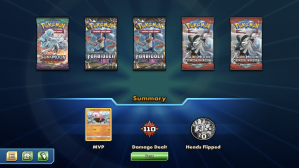 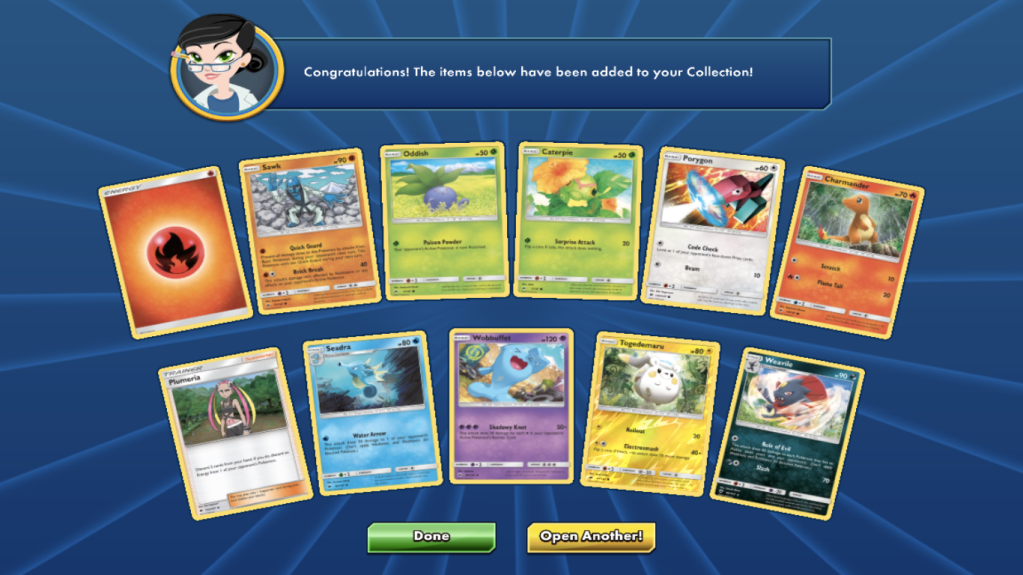 … As well as theme decks bought using coins from Versus duels… … To create a few different decks.

While I think the card game itself has some unique complexities that stand out compared to Duel Links (which I’ve fallen out of favor with and replaced my vice apparently), what really keeps me going with the Pokémon TCG is how amazing the card art is.

See Yu-Gi-Oh! cards are always the same for a given card, unless they get altered for balance down the line.

But Pokémon cards for each monster can have a variety of attacks, abilities and even types in different printings. Each of those new prints also has a new piece of artwork.

Here’s a small slideshow of some of the really cute cards I’ve found in my relatively short time playing.

That’s the real charm of the Pokémon TCG. That’s what keeps me playing.

I’m sure many of you saw ‘Jason plays the Pokémon Trading Card Game’ and groaned. Hopefully I gave you enough visual spectacle and explanation to understand why I’ve been so hooked on this stuff.

Because as much as I keep joking about how playing this game out of everything I could be doing in 2019 will ruin my reputation… What can I say.

I’m just a sucker for a fun card game.