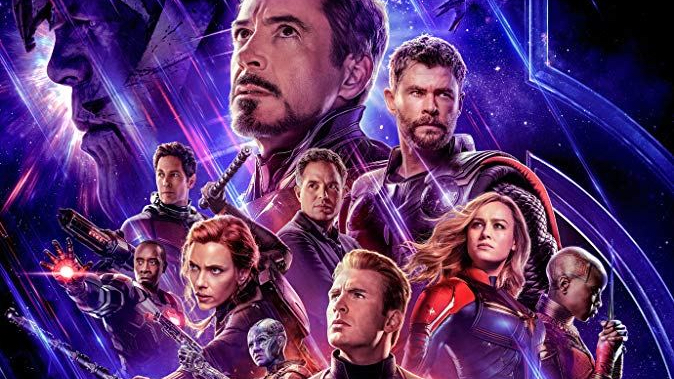 For days, all I’ve heard about Avengers: Endgame is that it is perfect. There was not a single bad thing said about the 22nd Marvel Cinematic Universe film.

That couldn’t be true.

This movie is three-hours long. It simultaneously culminates two-dozen films, sequelizes a massive blockbuster and ends stories for characters we’ve known over 10 years.

There was no way it could balance that and still come out perfect — even if everyone seemed to agree otherwise.

Without spoiling me, by the way. Thanks y’all!

But I had an open mind. The family watched Infinity War last night, then Dad and I did a deep dive into the One Marvelous Scene series on YouTube to prepare.

I even wore my finest Marvel socks for the occasion:

Yeah I’m going to need about six months off after that. Can @MarvelStudios get me worker’s comp for bashing my heart repeatedly against the wall?

I still don’t understand how it was actually perfect. Better than I was led to believe.

Because this movie isn’t just a beautiful, all-encompassing endpoint for a decade-long story. It also makes every other MCU movie feel more important in hindsight.

I mean every movie.

I don’t care about Thor: The Dark World. But this movie genuinely made me care about it.

Pepper Potts never really did it for me, in part because I hate Gwyneth Paltrow and her Goop pseudoscience.

But the way she plays into Tony Stark’s arc made me care about Pepper Potts .

In fact, the arcs given to each of the original six Avengers are about as fitting as I could ever hope to create (without spoiling them — yet).

Granted there is one thing about the movie I’m not a huge fan of in concept. Like Infinity War, Endgame starts with no context and uses the assumed familiarity of long-time fans to set up obviously telegraphed emotional ploys. Both dramatic and comedic.

The opening scene is Hawkeye spending time with his family on house arrest, paralleling Ant Man & The Wasp. I cringed in anticipation, as they make it obvious we’re about to watch the snap’s effect on this previously-unseen Avenger.

The moment is escalated by becoming Clint’s jarring driving force for the story, and informing his growing connection to Black Widow.

There are a dozen scenes in the movie that I could take a similar fine-toothed comb to because they’re blatant emotional ploys. But they’re effective and well-deserved story beats for MCU fans, as obvious as they are.

There are also references to jokes and cameos from other Marvel movies that are obvious callbacks, but emphasize the fleshed-out relationships between characters as far-flung as Thor and Rocket Raccoon, or Captain America and Spider-Man.

Hell, even things like “girl power” scenes that have gotten the studio crap from brainless fans in the past have seemingly been cranked up just to rub it in people’s faces.

But even this moment, which may have gotten an eye-roll out of me in a less well-crafted film, was arguably one of my favorite scenes. Because it emphasized how the MCU has developed some fantastic characters, who all got time to shine in the…

Big CGI Fight Scene™ between two armies. A scene that actually epitomized my feelings toward Endgame.

Again, in literally any other movie I would feel numb watching a mindless clash between mostly faceless mobs that includes moments of character fan service and callbacks.

But Marvel has elevated that mindless action to such a high degree for their decade-long viewers that it creates transcendent filmmaking.

In his One Marvelous Scene video, Nando v. Movies read a quote from this A.V. club article that perfectly captures my thoughts on how the MCU reverses action movie conventions. It’s worth a read.

When that army battle ended, my heart was racing so hard that I got worried.

Then five seconds later, the movie left me crying at three different scenes that wrapped up multiple stories supremely well.

All in a movie where I laughed out loud, and got to appreciate unexpectedly beautiful character dynamics like Iron Man and Nebula.

But on top of all that, this movie genuinely made me excited for a post-Endgame Marvel.

I thought once the core six were gone, I’d feel more apathetic because characters like Dr. Strange, Captain Marvel or Black Panther strike me as better ensemble heroes.

But torches were passed. And certain movies staring certain characters with certain plots sound amazing as a result.

There isn’t much I can do from here besides gush and spoil things.

So I’m going to do that. In the meantime, go watch Avengers: Endgame.

Believe the hype. This movie is, truly, a Marvel to behold.

ALRIGHT LET’S DO THIS RAPID-FIRE STYLE:

That’s all I’ve got right now. Three-hour movies take a lot out of you and I need to go rest.

Me getting ready to absorb every piece of #Endgame content I’ve avoided over the weekend: pic.twitter.com/eAIkJsxnUC

I have no idea how I’m going to move on with my life after this. Just saying.

2 thoughts on “We’re through the Endgame”