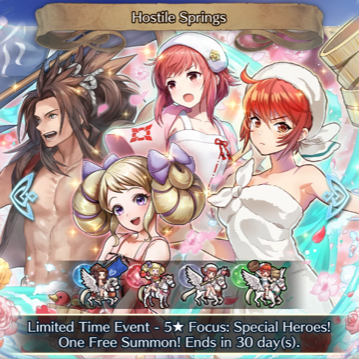 With the spring 2019 semester recently kicking off, I can’t think of any better way to stave off my looming cloud of stress than to blather on about nonessential pleasantries.

Luckily Intelligent Systems has just what the doctor ordered with a well-timed banner of special heroes!

Seeing the initial silhouette teaser for this banner piqued my interest.

I have the latest info for you! Starting 1/22 at 11PM (PT) Some new Heroes free of tension and ready to battle will make an appearance… I can't wait! There's also going to be a Special Log-In Bonus to celebrate their arrival! #FEHeroes pic.twitter.com/PkVvMWHG2s

I had no idea who we were looking at and, at the time, wasn’t expecting any special banners until Valentine’s Day.

Yet I rolled my eyes without even thinking after I found out we were getting more Fire Emblem Fates royal sibling alts.

I’m a fan of Fates and everything, but there are so many characters from it who have no representations. Meanwhile Tempest Trials Camilla is her sixth alternate costumes.

It’s disheartening… But unfortunately I’m such a fan of the Hoshidan royal sisters that the game had me at Sakura and Hinoka.

Oh, and I’m 100 percent summoning for characters, not skills, on this banner. Hinoka is the only one with an interesting build, so she and Sakura are my focus.

Unfortunately, all 60 orbs have gotten me is a 3-star original Sakura.

So you know what that means? Time for paralogue orbs! 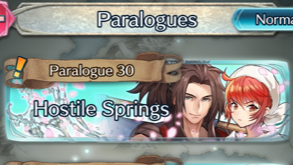 Shout out to that armored unit with the buns on his head in map 30-1. He’s worth this entire mediocre banner.

Outside of his majesty there isn’t a whole lot to say for the story.

There’s kind of no explanation as to why the Order of Heroes has to jump in. The royal siblings have just been put under a contract but… Nobody knows why?

Also it’s just a side story, so Alfonse isn’t dead from Hel’s curse yet.

He’s simply concerned about heading into such a private place. 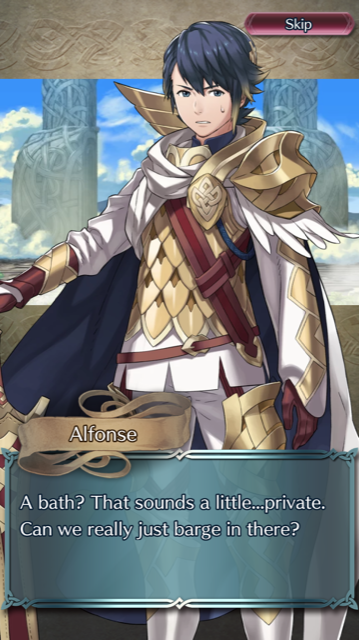 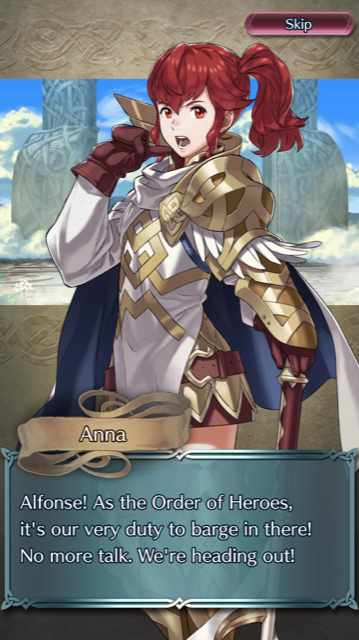 Luckily my keen interest in cute redheads is vindicated by the way they share Alfonse’s reservations. 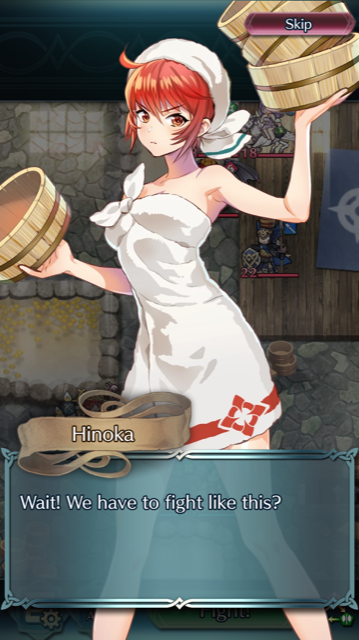 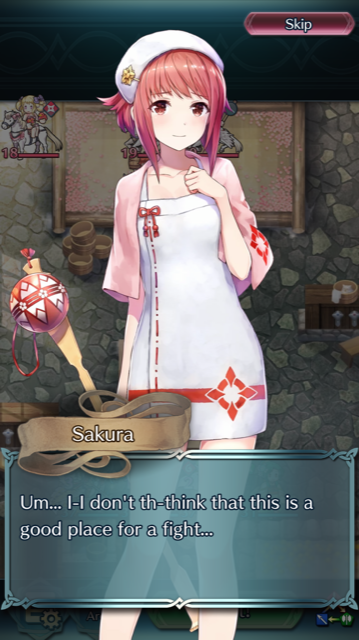 The Nohr sisters seem more than eager to just let a bunch of soldiers join them in the baths.

Yet that’s the only bit of story worth talking about here.

After the fighting ends, Anna makes a comment about wanting a hot springs in the Order’s castle, which seems less a nod to future content than it is an outlet for Alfonse to make fun of the girls for getting into useless tasks too quickly.

If it wasn’t obvious, this banner didn’t really excite me.

I’m happy to shill out orbs for Hinoka or Sakura in lieu of the beast units who are going in the main summoning pool, but I don’t particularly care about any of the units mechanically.

Even my complaint about Fates units being used again is easily mitigated by the argument that Fates had the first canonical hot spring system. So that’s a banal annoyance at best.

Perhaps the Valentine’s Day units will get me more hyped up, but for now this isn’t much more than a neat distraction from school.

That’s just my opinion though. Let me know what you think of these special hot springs units!