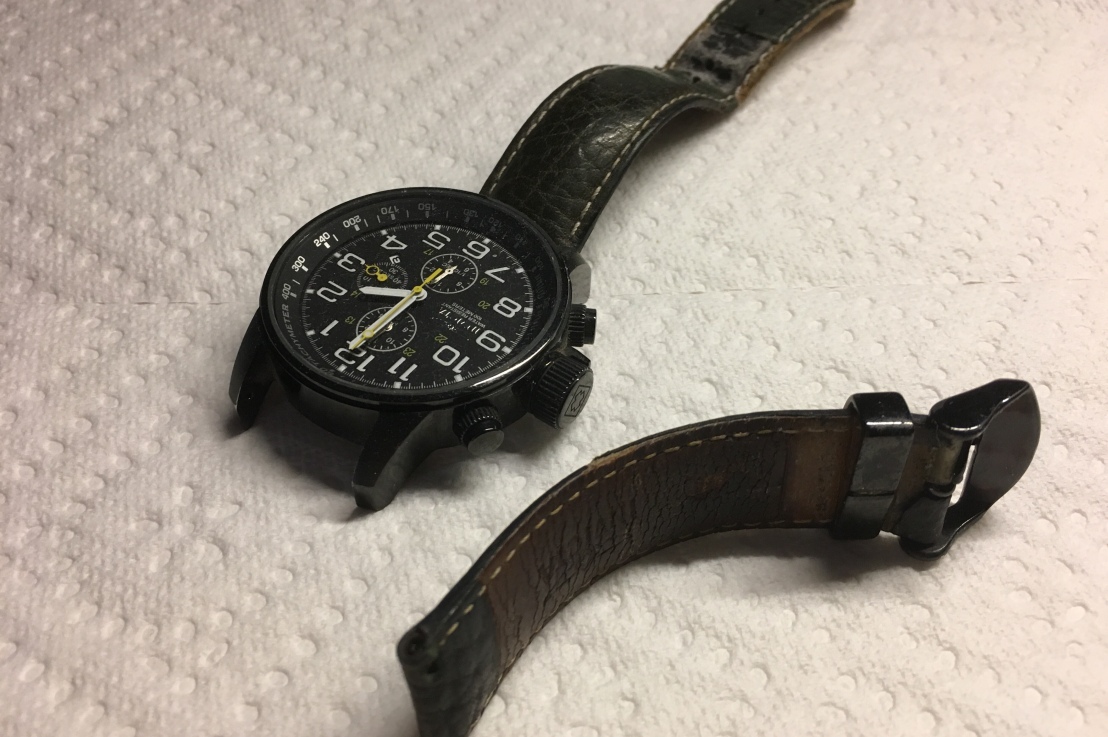 For about a month now, my right wrist has been emptier than I can remember it having been for years.

As you can see in the image up above, half of my watch strap came off one day when I was attempting to put it on, and the pin that keeps that strip of leather in its holster went flying off somewhere in my room. Never to be seen again, presumably.

I’ve been a little downtrodden about the whole thing for a while. On the one hand, I quite enjoy wearing a watch. Sure, a watch may seem like a superfluous anachronism in the age of iPhones and other smart devices that can tell you satellite-accurate time stamps at the whim of anyone who wants to pull the device out of their pocket.

But I like having the analog device on me, something I can just slide up my sleeve to peek at at a moment’s notice. Not only does it fill an otherwise empty space on my arm (which has a rather intense watch tan now as a result of my wearing it so much), the extra time-telling accessory has also come in handy at places like school where I can more aptly tell time by leaving it on my desk during an exam.

I’m rather attached to the watch because of that, but it also means a lot because it was a gift from my dad when I graduated high school and needed a fancier watch to match my suit.

The observant viewers in the audience might notice that this particular timepiece has a left-handed stem, as in it’s meant for left-handed individuals:

I myself am not a left-handed individual. In fact, my sister is essentially the only leftie in my entire family if you don’t count things like great, great relatives and such.

That often confuses a lot of people, because typically right-handed individuals wear watches on their left arms and vice versa to ensure they can get at the adjustment mechanisms with their dominant hands. But I’ve gotten used to the opposite, wearing the watch on my dominant hand, because the stem is on the wrong side.

It was something I didn’t even realize was due to underlying watch mechanics more than just personal preference back when I went to Hollywood Babble-On with dad and he realized I was wearing it on the wrong, but technically right side.

Rambling aside, you can probably imagine why I have an attachment to the watch at this point.

The watch band has been degrading away for some time, so I’ve meant to get it fixed for a while. The total break wound up being the last straw, if nothing else.

Today’s adventure took my family over to Manhattan Village specifically to address the issue of my busted up watch. There’s a kiosk there manned by someone who my parents have been going to for years to get their watches and such repaired, so now it was my turn. 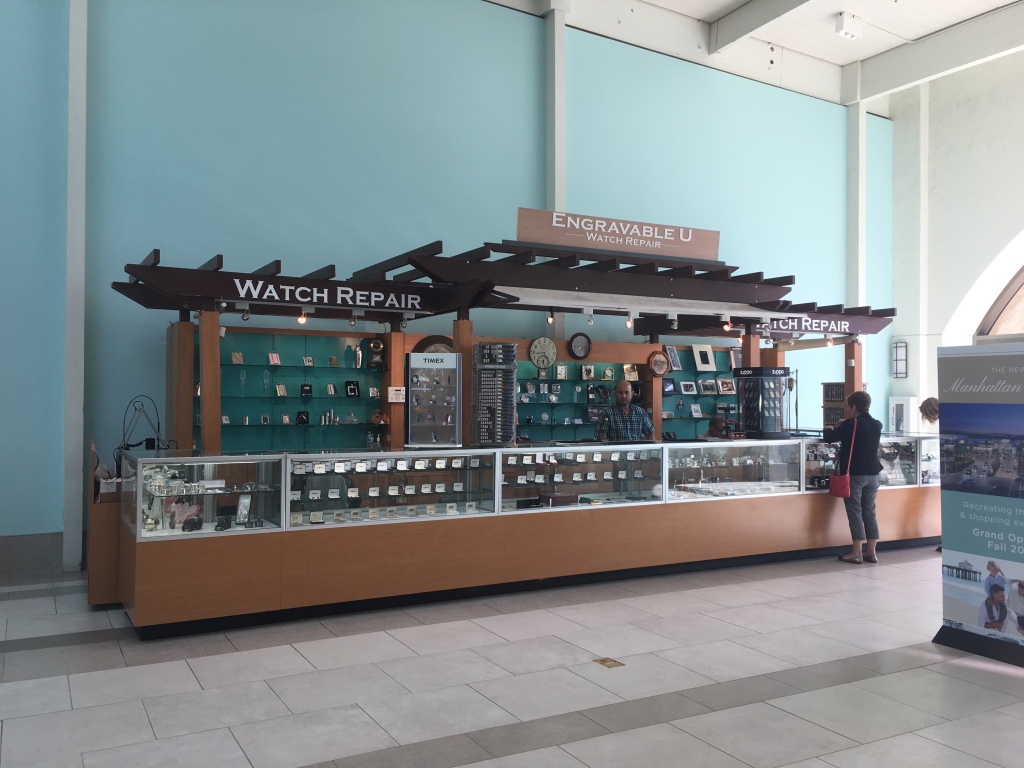 Naturally after weeks of putting it off, the adjustment took 15 minutes and only cost about $20.

Figures I imagined it would be much more of a challenge than it actually was.

But hey that misconception is in the past. After all, the watch is now fixed up with a fancy new band!

It actually looks good as new now, as cliché as that sentiment may be. That is, of course, a positive considering it gives this sentimental object a longer lifespan. However, it will take some time to get used to how stiff the new leather is.

That was probably the one positive of the grody old band, it was flexible in all the right places because I wore it the same way every time.

Though to take that in a more positive direction, there’s only one way to make this new band feel natural again: